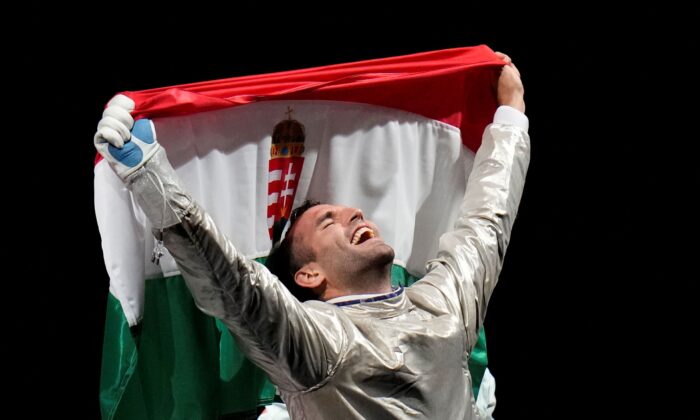 Aron Szilagyi of Hungary has become the first Olympic fencer to win three individual sabre gold medals after beating Luigi Samele 15–7 in the men’s final at the Tokyo Games.

Szilagyi used his fast reflexes to build an early 7–1 lead and held off a brief comeback from his Italian opponent before closing out the win.

Szilagyi won gold at the 2012 London Games and the 2016 Rio de Janeiro Games. His only loss in the Olympic individual tournament came in the third round in 2008.

Samele reached the final after a remarkable win in the semifinals. He came back from 12–6 down to beat Kim Junghwan of South Korea 15–12.

Kim took bronze with a 15–11 win over Sandro Bazadze of Georgia.