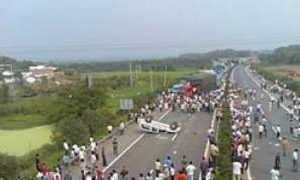 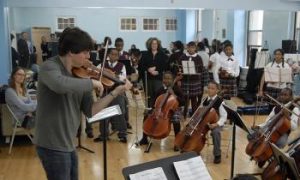 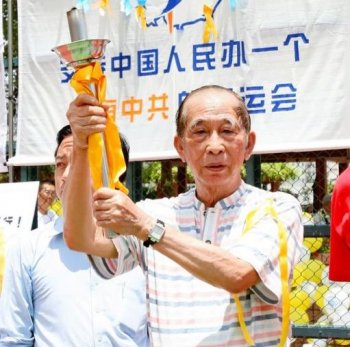 Szeto Wah, one of the most influential figures in Hong Kong, passed away on Jan. 2 after a long battle with lung cancer. He was 79.

Mr. Wah, a Christian and a staunch critic of the Chinese Communist Party (CCP), was a core player in a peaceful movement that envisaged and worked for a China free of autocratic rule.

Often called the “foot soldier of democracy,” he became a thorn in the side of the CCP for his persistent calls to redress the 1989 Tiananmen Square Massacre.

The violent crackdown became a turning point in his life and led to the establishment of the famous Hong Kong Alliance in Support of Patriotic Democratic Movements in China.

He became instrumental in organising the iconic June 4 commemoration marches in Hong Kong, in which each year tens of thousands gather. In 2009 over 150,000 people attended the vigil marking the 20th anniversary of the crackdown – the biggest turn out since the first march of 1990.

For the next 20 years the Alliance consistently criticised human rights abuses under the regime, while pushing for political reforms in the former British Colony. It formed the biggest opposition group to the Beijing-backed Government in Hong Kong.

Wah's death has left a void in China's democratic movement, but his followers say they will continue the veteran's legacy.

“Szeto was the support beam of China’s democratic and labor movement. His passing will lead to great losses… but members of the Alliance will always keep Uncle Wah’s words in their hearts,” said Lee Cheuk-yan, Vice Chair of the Alliance.

Mr Szeto Wah’s younger brother, Szeto Qiang, said he is proud of his brother. “He said his wish was to see a [political] rehabilitation of the ‘June forth’ incident, fight for democracy, [we] need to continue the efforts.”

News of Wah's death triggered an outpouring of condolences, from nearby Taiwan and around the world.

Key members of the Democratic Party and the Alliance rushed to the hospital after hearing the news, while many Hong Kong residents simply came to bow in front of the hospital room.

“Uncle Wah, your entire life was lived with a strong sense of mission and responsibility,” said Albert Ho, the Democratic Party Chairman.

The appointed convener of the funeral committee, Rev. Zhu Yaoming, said Mr Wah's funeral will be conducted in the Christian way: “Following Szeto’s wishes, his body will be cremated. Half of the remains will be scattered in the ocean facing China; the other half will be connected to the land of Hong Kong, scattered in the garden of Cape Collinson cemetery.”

A private requiem is tentatively scheduled for Jan. 28 in Tsim Sha Tsui Baptist Church. The memorial service will be held on Sezto’s funeral day on Saturday, Jan. 29 at St. Andrew’s Church, and broadcast live.

Mr Wah's passion for equality and justice stretches back decades. He led teacher strikes for better wages in 1973, and in the same year established the Hong Kong Professional Teachers' Union, now one of the archipelago’s largest with 83,000 members.

His democratic advocacy led to a black-listing by Beijing authorities, and he was unable to enter the mainland for over two decades.

In recent years, Szeto Wah had expressed vocal support for practitioners of Falun Gong, a spiritual discipline, saying that the plight of Falun Gong to resist persecution on the mainland is an important part of the broader human rights movement of the Chinese people.

In 2006 Mr Wah became the Vice-Chair of the Asia Chapter of the Coalition to Investigate the Persecution of Falun Gong.

Theresa Chu, the spokesperson for the Falun Gong Human Rights Lawyer Association, said Mr Wah rarely missed an opportunity to express support for the group. Thousands of adherents of the discipline have been tortured to death in China, while hundreds of thousands are detained in concentration camps.

“This senior didn’t talk much, but was very to the point when he spoke,” said Ms Chu. “With his departure, Hong Kong has lost a kind and broadminded scholar”.

Mr Wah's opposition to the CCP culminated with his open backing of a movement to renounce the Party, which began in 2004.

Initiated by overseas Chinese who had become increasingly disillusioned by political repression in their homeland, the ‘Quit CCP’ phenomenon has become one of the largest peaceful movements in modern Chinese history.

“I hope this Quit CCP moment will keep its momentum,” Mr Wah said in July 2010. “This would help to disintegrate the CCP and its dictatorship. I hope the movement continued success.” To date 87 million renunciations of the Party have been recorded at quitccp.org.

Szeto Wah's personal life was always simple. He once loved a lady, but she died before their marriage. He followed the blessing given by his girlfriend and became a Christian. He never married.

He said of the matter: “If you have one in your heart you have loved deeply, and if you once had someone who deeply loved you, even if you are separated by life and death… this piece of sentiment treasured in your heart would make you feel blessed.”