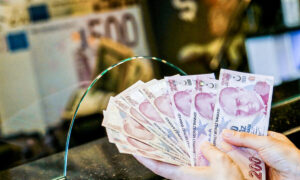 BEIRUT—Al-Qaida’s branch in Syria has recruited thousands of fighters, including teenagers, and taken territory from government forces in a successful offensive in the north, illustrating how the cease-fire put in place by Russia and the United States to weaken the militants has in many ways backfired.

The branch, known as the Nusra Front, has churned out a flood of videos—slickly produced in the style of its rival, the Islamic State (ISIS)—that show off its recruitment drive. In one, young men line up for combat training. In another, a bearded al-Qaida fighter in a mosque urges a crowd of men to join jihad. A third shows an al-Qaida-linked cleric leading a graduation ceremony, handing out weapons to young men.

Since March, the group recruited 3,000 new fighters, including teenagers, in comparison to an average of 200 to 300 a month before, according to Rami Abdurrahman, head of the Syrian Observatory for Human Rights, an activist group monitoring the conflict. He cited contacts within the Nusra Front. Other activists said hundreds living in camps for displaced people in the north have joined the al-Qaida branch.

But battlefield success and the push for new recruits have brought to the surface tensions within the Nusra Front over the group’s future path, observers say.

A hard-line faction within the group wants to emulate al-Qaida’s chief rival, the Islamic State, and declare an Islamic caliphate in the areas under its control, a step al-Qaida has long rejected because it does not want to alienate its allies in the Syrian opposition. On the other end of the spectrum, a Syria-minded camp within the Nusra Front wants to focus entirely on the campaign to oust Syrian President Bashar Assad and to break ties with al-Qaida.

“There are leaders in Nusra who are saying we are strongest, why are we not ruling and why don’t we declare a caliphate?” said Radwan Mortada, an expert on jihadi groups who writes for Lebanon’s Al-Akhbar newspaper. “There are others who say the world will not leave us alone so long as we are related to al-Qaida. So the least we can do … is declare our dissociation with al-Qaida.”

The Nusra Front has long been one of the strongest factions in Syria’s opposition. It and other Syrian rebels, including some allied to it, hold most of the northwestern province of Idlib and parts of neighboring Aleppo province. When Russia and the United States brokered a cease-fire between Assad and opposition forces in February, the Nusra Front and ISIS were excluded, allowing Assad’s troops and Russian and American airstrikes to continue to hit them. The hope in Washington and Moscow was that other rebel factions would shun both extremist groups.

Instead, the cease-fire faltered within weeks as Assad’s forces fought rebels around the opposition-held part of Aleppo, and peace talks in Geneva stalemated. That boosted the Nusra Front’s credibility as the force that kept up the fight against Assad and stood against any compromise leaving him in power.

Far from being shunned by other factions, the Nusra Front instead has attracted a coalition. Their alliance, known as the Jaish al-Fatah, or Army of Conquest, has recently waged a counter-offensive around Aleppo, retaking ground from Assad’s military and its allies and inflicting heavy casualties, including killing more than a dozen members of Iran’s elite Revolutionary Guard and some 30 Lebanese Hezbollah fighters, allied to Assad.

The alliance revives one that had successfully fought against government forces and seized control of Idlib but broke up last year. One faction, Jund al-Aqsa, has reportedly refused to join, and is suspected of having sided with ISIS. The alliance also is battling ISIS, which has shown it can still make gains despite heavy losses under U.S. and Russian airstrikes. On Friday, ISIS militants succeeded in taking a string of villages from rebels, including some in Nusra’s alliance, near the Turkish border north of Aleppo.

Maj. Jamil Saleh, commander of Tajammu el-Ezzah, a U.S.-backed rebel group, said the Nusra Front is gaining recruits in part because the international community has not pressed for Assad’s removal at the peace talks, discrediting moderate factions that agreed to the negotiations.

“It is impossible for the rebel factions to enter into this battle (against the Nusra Front) so long as Bashar (Assad) remains in office,” Saleh said.

Because of the Nusra Front, Syria has become a critical hub for al-Qaida. Al-Qaida’s central leadership, believed based in the Afghan-Pakistan border region, has been sending prominent figures to aid the fight in Syria.

“Syria is right now the central front for al-Qaida’s jihad,” said Thomas Joscelyn, senior editor of the Long War Journal and an al-Qaida watcher for The Foundation for the Defense of Democracies, a U.S.-based think tank. “I don’t think a lot of people realize how many resources al-Qaida has invested in Syria.”

The Pentagon’s $500 million effort to train and equip a force of Syrian rebels to take on extremists in Syria—mainly ISIS—has all but collapsed.

And the alliances that al-Qaida has built with other Syrian rebel factions have been key to its success. That’s in contrast to ISIS, which declared a caliphate in the territory it controls in Syria and Iraq, and considers as infidels anyone who does not accept its rule. As a result, ISIS has battled Syrian rebel factions—and the Nusra Front—more than it has battled Assad’s forces.

Though hard-liners within the group are pressing for it, the Nusra Front is unlikely to declare a caliphate in areas it controls because that could bring even more airstrikes and alienate its allies, who might then unify against it, said Ali Soufan, a former FBI agent who now heads the Soufan group, a private risk-assessment firm.

Instead, with the backing of al-Qaida’s leadership, Nusra Front leader Abu Muhammad al-Golani appears to be working to keep the group’s factions behind a more pragmatic policy focused on keeping allies by the group’s side, rather than pressing an ideological agenda. Al-Qaida’s traditional stance has always been that while an Islamic state is the ultimate goal, it must wait until regional leaders are overthrown and other Muslims rally around the cause.

The Nusra Front and al-Qaida’s leader Ayman al-Zawahri “are really fearful … that they will be stabbed in the back by people like Ahrar Sham or Islamic Army,” Soufan said, referring to some of the Nusra Front’s Islamic allies.

Al-Zawahri weighed in with an audio message this month calling for unity among fighters in Syria, followed a day later by a similar call for unity from the son of al-Qaida founder Osama bin Laden, Hamza—a message Soufan said likely reflected their fears of a fallout with Syrian allies.

The stream of al-Qaida veterans joining the Nusra Front helps al-Golani—though it also exposes them to the dangers of the Syria conflict. Rifai Ahmad Taha, an Egyptian militant with decades of experience with the terror network, died in a U.S. strike in April.

But others still hold senior posts. Ahmed Salama Mabrouk, an Egyptian and longtime associate of al-Zawahri, appeared in a Nusra Front video from Syria in March and is believed to now be part of its central leadership. There have been suggestions from militant messages online that one of al-Qaida’s most significant and shadowy leaders, Saif al-Adel, has also relocated to Syria, according to the Long War Journal, a website that tracks militant groups.

Pragmatists among the Nusra Front’s leadership have been consolidating in the north, said a Syrian activist who reports from the front line and deals closely with most rebel groups, including the al-Qaida affiliate. A prominent hard-liner, known by the nom de guerre of Abu Julaybib, was recently sidelined from the Nusra Front’s leadership, he said.

But in some areas, the hard-liners have more sway, the activist said. He pointed to recent fighting in the northern opposition stronghold of Maaret al-Numan, where Nusra Front fighters drove out a U.S.-backed rebel faction called Division 13 and took its weapons. The activist spoke on condition of anonymity for fear of alienating his contacts.