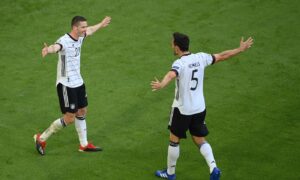 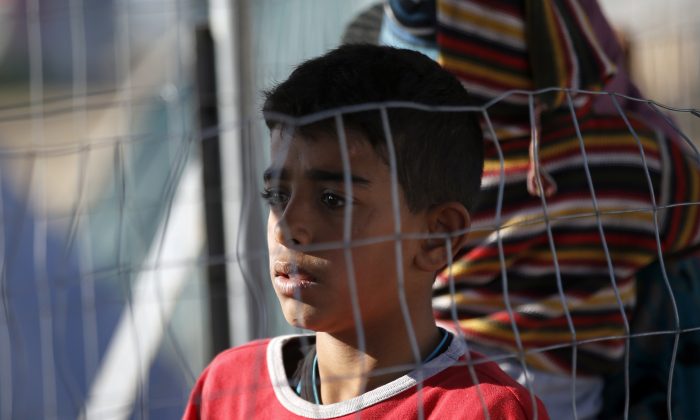 A migrant boy waits for food in the makeshift refugee camp at the northern Greek border point of Idomeni, Greece, Wednesday, March 30, 2016. Hundreds of migrants and refugees have arrived on Greek islands after days of low numbers, despite a European Union-Turkey agreement under which new arrivals will be sent back to Turkey. Figures released by the Greek government Wednesday showed 766 people reached the islands of Lesbos, Samos, Chios and Kos in the 24 hours until Wednesday morning. (AP Photo/Darko Vojinovic)
Europe

A human smuggler says that despite a new agreement between the EU and Turkey trying to halt the flow of refugees, migration won’t come to an end.

“Despite decisions following the agreement between the E.U. and Turkey, migration is not going to stop, especially with the coming summer that many consider to be the best time to make such a journey,” 25-year-old Abu Yazan told the Huffington Post.

Smugglers captured face a prison sentence of between one and 30 years and a fine of up to $15,000.

“You need to realize that Turkey doesn’t offer much to Syrian refugees, so anyone who finds a small chance to leave and start a better life would immediately take it. We have been through similar periods, and smugglers always manage to find new ways to transport people to Europe.”

Yazan did note that Turkey has recently taken steps to stem the flow of refugees, including stepping up patrols and installing checkpoints.

Refugees that are caught are released to bus stations to return to the Turkish cities they started out from, but smugglers captured face a prison sentence of between one and 30 years and a fine of up to $15,000.

Yazan is among the numerous smugglers that arrange transport from Turkey to Greece on the Aegean Sea. Most of the smugglers are Syrians, but many owners of smuggling access points and equipment are Turks.

A ticket on the cheapest–and more dangerous–transport, rubber boats, can be had for as low as $500 per person in the winter, with prices going up to $2,000 for a ticket on a yacht.

The prices increase by about 30 percent in the summer. Children typically travel for free as long as their parents carry them throughout the trip.