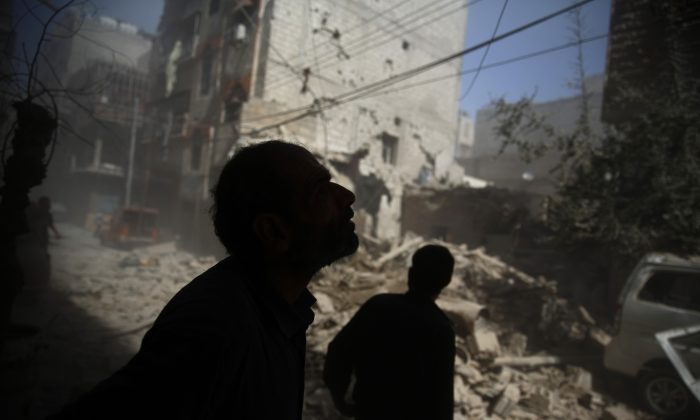 Syrians look at the damage following airstrikes on the rebel-held area of Douma, east of the capital Damascus, on Oct. 2, 2015. (Abd Doumany/AFP/Getty Images)
Middle East

BEIRUT—Activists say Russian and Syrian warplanes are pounding targets in central and northern Syria amid reports of civilian casualties.

The state-news agency SANA reported army troops began a ground offensive in the area. Meanwhile, the Observatory and the monitoring group the Local Coordination Committees said intense clashes were reported in Wadihi, a village the government took control of in an offensive in southern Aleppo.