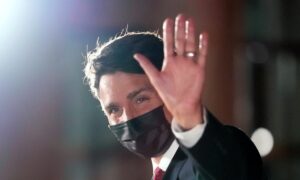 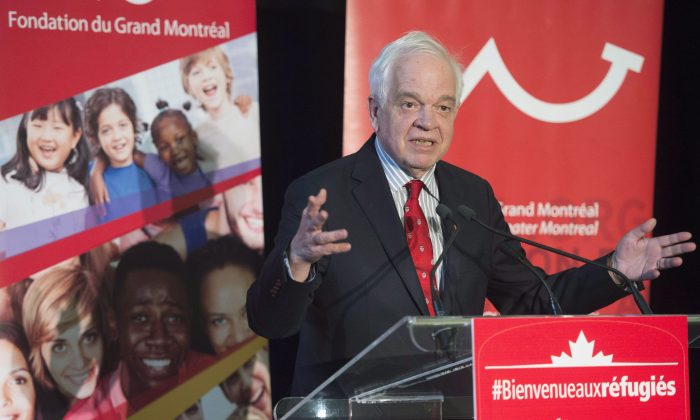 OTTAWA—The fact some newly arrived Syrian refugees are turning to food banks to supplement their own pantries can be partially explained by a “cultural element,” the immigration minister said May 19.

Food banks from Halifax to B.C. have reported serving hundreds of Syrians who have come to Canada since November, the month the Liberal government launched a major resettlement program to bring 25,000 people by the end of February.

Immigration Minister John McCallum acknowledged that the income assistance is not high, but said that’s not the only reason Syrians are showing up at food banks.

“There may be a cultural element. You have to remember the refugees are coming from an entirely different world,” he told a Senate committee studying the Syrian refugee resettlement program.

“Our world is very different than their world. Sometimes they have been living in refugee camps; maybe it’s the norm to be offered meals. I’m not overly concerned about this.”

Very few of the Syrians settled in Canada are from refugee camps—the vast majority of over 4 million refugees from the Syrian war don’t live in U.N. camps but in cities or informal settlements in the region.

To date, about 27,000 Syrian refugees have arrived in Canada, spread among nearly 300 communities.
About 15,000 are government-assisted, meaning they receive a year of income support from the federal government that is linked to the size of the family and provincial social assistance rates.

Data released by the Immigration Department in January revealed that most government assisted Syrian refugee families comprise between five and eight people, although some are as large as 14.

More than 9,400 Syrians are privately sponsored, so their income is supposed to be covered by the private groups who have brought them to Canada. The remainder are refugees whose costs are shared between the government and private groups.

“I thought people go to food banks if they don’t have enough food.”

The Liberal government has earmarked nearly $1 billion for the Syrian refugee resettlement program and have said a full breakdown of how that money has been spent so far would be made public by the end of this month.

The immediate challenge of finding the government-assisted refugees housing seems to have eased with about 98 percent now in permanent homes.

In addition to the refugees already in Canada, thousands more are awaiting final approvals on the applications submitted by private sponsorship groups before the end of March.

Those groups had originally been told their requests would not be met before 2017 but after an outcry, McCallum agreed to finalize the files by the end of this year or early next and additional staff have now been sent overseas to process the files.