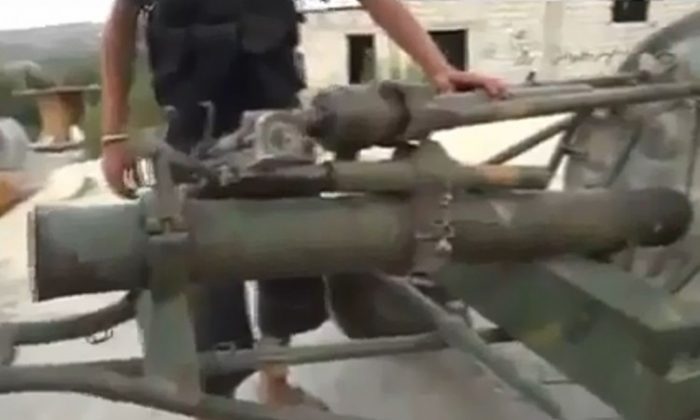 Syrian rebel forces on Friday captured nearly 260 government soldiers in the restive northern part of the country after clashes in several towns in the area, said a pro-opposition group.

The London-based Syrian Observatory for Human Rights said that rebels captured 256 regime soldiers throughout the week in the towns of Khirbet al-Jouz and Reef Jisr al-Shughour, both in Idlib province—one of the most hard-hit areas during the 19-month-long conflict.

The group said “the captives include officers,” and posted an accompanying photo showing the purportedly captured soldiers huddled in a sparse room with a guard standing nearby.

Rebel fighters have frequently posted photos and videos of captured Syrian regime soldiers, but the one the Observatory posted Friday would represent one of the more significant events during the civil war. Generally, rebels have captured only a few soldiers at a time.

The post said that the forces of President Bashar al-Assad retreated to the village of Darkoush, which is located on the Syria-Turkey border, following three days of battling with rebel fighters. On Friday, “helicopters hovered over the border village of Azmarin, north of Darkoush,” it continued.

Islamic militants with suspected ties to al-Qaeda fought alongside Syrian rebels in taking over a government-held missile base in northern Syria near Aleppo, activists told The Associated Press on Friday. It was reported that the fighters belonged to the extremist Jabhat al-Nusra militant group, suggesting that extremists are playing a major role in the country’s civil war.

Footage obtained by AP shows dozens of militants inside the base near a radar tower, while also showing a cache of missiles.

The Observatory also said that across the country, 110 people were killed on Friday in clashes; many were rebels or regime soldiers.

In recent weeks, fighting has intensified throughout Syria, with the regime fighting off rebels and militants on literally hundreds of fronts, said Rami Abdel Rahman, the head of the Observatory.

“The number of fronts have multiplied to the extent that they (the army) can no longer count them,” Rahman told AFP.

He said that in the past, the fighting “was concentrated in Homs (center), but today it has reached Aleppo, the coast, the Turkish border areas and the provinces of Damascus and Deir Ezzor (east).”