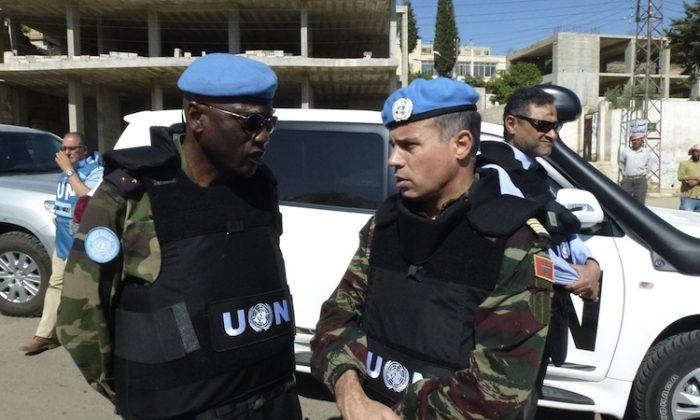 Syrian security forces reportedly killed two people in the eastern part of the country on Tuesday as they came out to welcome United Nations observers.

“As soon as the U.N. convoy entered Al-Busaira, a jubilant crowd of hundreds came out to welcome them. It was not minutes before they came under fire,” Abu Laila, a rebel Free Syrian Army official, told Reuters.

Laila said, “The observers immediately left Al-Busaira. We called them to come back but they refused,” adding that fighting continued between Syrian security forces and rebel fighters in the town.

A spokesperson with the U.N., however, said the observers did not see anyone get shot, but heard gunfire.

“A group of villagers from elsewhere followed the U.N. patrol to al-Busaira, which is government-controlled. They were asked not to follow the patrol into the town,” a spokesperson told Reuters.

“The team left by another checkpoint to avoid any contact between the military and villagers, and there they heard the use of heavy weapons,” the spokesperson added.

The news comes as 33 people were killed across Syria on Tuesday, according to the daily report from the activist Local Coordination Committees network said. In the Damascus suburbs, “heavy gunfire from automatic weapons and snipers was” heard near one of local mosques, it said.