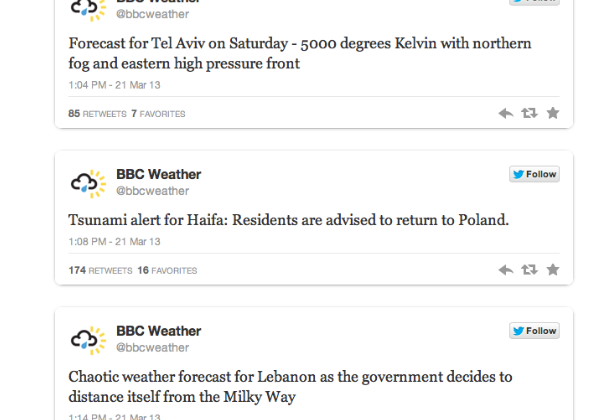 The BBC Weather Twitter feed was hacked by a group that calls themselves the “Syrian Electronic Army.” They are pro Bashar Al-Assad, the president of Syria. They hack certain groups’ social media accounts.

The ‘Syrian Electronic Army’ used to “attack” certain Facebook pages, like that of U.S. President Barack Obama, by leaving a lot of comments expressing their anger at “foreign interference in Syria” and “western imperialism.”

With Obama in Israel, the group tweeted violent threats aimed at Israel on March 21, from the hacked BBC Weather Twitter feed.