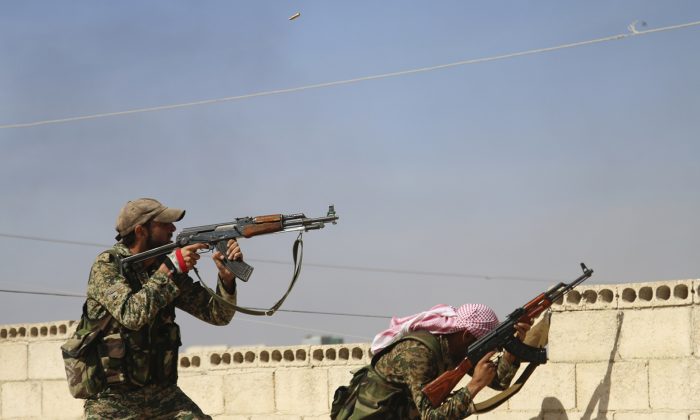 DAMASCUS, Syria—A Syrian journalist was killed Tuesday in a suburb of the capital Damascus, amid intense clashes and shelling between government troops and rebel fighters, the state official news agency and activists reported.

Batoul Mokhles al-Warar, a broadcaster at Noor al-Sham TV channel and Damascus radio station, was killed by mortar rounds fired by “terrorists,” news agency SANA said. The Britain-based Syrian Observatory for Human Rights said the local journalist was killed in shelling on the government-held Dahiyat al-Assad neighborhood, which has been frequently targeted by rebel attacks.

The Observatory said government troops shelled the rebel-held Damascus suburbs of Douma and Daraya. There were reports of clashes and casualties on the outskirts of both suburbs.

Violence in Damascus suburbs where rebels have been entrenched for years has claimed the lives of thousands of civilians.

Overall violence in the country has surged since Russia, a top ally of embattled Syrian President Bashar Assad, began airstrikes around the country on Sept. 30. Moscow says it is targeting militant groups, but civilians and Western-backed rebel groups have also come under attack.

Russian news agencies quoted Deputy Foreign Minister Mikhail Bogdanov as saying on Tuesday that Moscow aimed to host talks between Syrian officials and opposition leaders next week. He said the Syrian government had agreed to participate, but it was unclear which opposition groups would attend.

He did not give a specific date for the proposed talks. The proposed talks were expected to be discussed Wednesday at a meeting between Russian Foreign Minister Sergey Lavrov and U.N. Syrian envoy Staffan de Mistura, Bogdanov said.

Emboldened by the Russian air campaign, Syrian troops, backed by an increasing number of Iranian and Lebanese Hezbollah fighters, have been on the offensive on several fronts in an attempt to secure supply routes and regain control of strategic areas. Iran is another strong ally of Assad.

Iran has provided Assad’s government with military and political backing for years, recently saying it has increased the number of advisers from the Revolutionary Guards on the ground there. However, Tehran denies having combat troops in Syria.