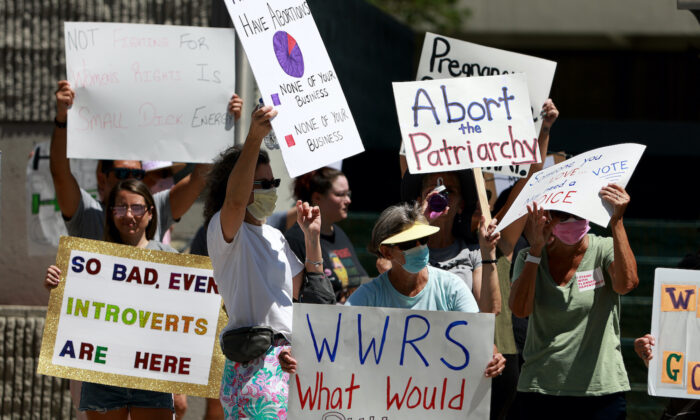 Florida is confident the state’s ban on abortions after 15 weeks with some exceptions will withstand any legal challenges from pro-abortion groups.

“Governor [Ron] DeSantis is and always has been pro-life. Our office is confident that this law will ultimately withstand all legal challenges,” the Florida governor’s office said in a statement to The Epoch Times.

The legislation, which was signed into law by Republican Florida Governor Ron DeSantis states that “a physician may not perform a termination of pregnancy if the physician determines the gestational age of the fetus is more than 15 weeks.”

This comes after legal challenges were filed in court by a Boynton Beach congregation and affiliates of Planned Parenthood and other abortion providers.

Some Republican-led states have tightened abortion restrictions, or are preparing to, after a leaked draft majority Supreme Court opinion indicated the court is poised to overturn Roe v. Wade. That seminal 1973 ruling made abortion legal across all states.

This article has been updated and revised.