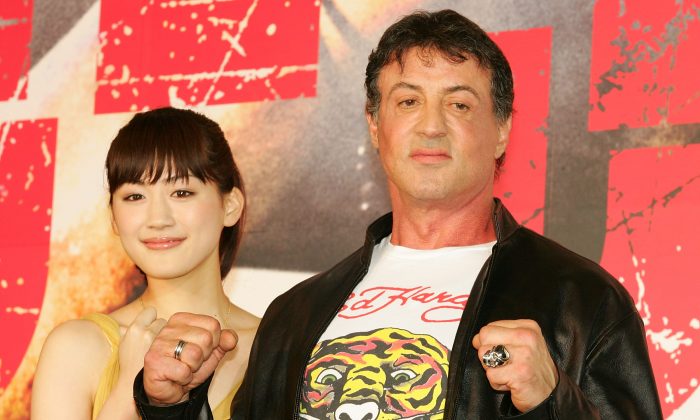 Sylvester Stallone did not die in a car accident. Here, he walks on the red carpet during "Rambo" Japan Premiere at Roppongi Hills on May 8, 2008 in Tokyo, Japan. (Koji Watanabe/Getty Images)
Life & Tradition

Sylvester Stallone, the longtime actor, hasn’t died in a car crash, but a viral Facebook scam is saying otherwise.

The hoax, which features an image of the “Rocky” star, has been spread around for several weeks.

The surveys are how the scammers behind the whole thing make their money.

“Clicking on the hoax (DO NOT) will only take you to the fake Facebook website. The website name may change, so look out for the same scam on different websites. And, clicking the image, which appears as a video, on the fake Facebook web page will ask you to share. Stallone recently did promotion of his film, “The Expendables 3,” in Asia over the weekend,” says security blog Online Threat Alerts.

It adds: “Clicking the shared dialog box … will only ask you to like, share the same page or complete surveys in order to watch the video. But, it is the fake Facebook web page that the scammers want you to “like” or share, which will make it popular. Once the page is popular, these scammers can sell it to online marketers or other scammers. They will also make money from the surveys that are completed by gullible Facebook users who were tricked into completing them.”

MACAU, China (AP) — Sylvester Stallone says that he hopes to film the next “The Expendables” movie in Asia.

The 68-year-old action star is in Macau on Friday to promote the third and latest installment of the action film series.

Stallone was joined by his co-star and former-California Gov. Arnold Schwarzenegger.

The two received a hero’s welcome on the red carpet in the gambling mecca as about 200 fans waited for hours to get a glimpse of them.

Stallone drew loud cheers from admirers when he said the franchise would keep adding stars and athletes.

“They’ll be from all parts of the world,” he said. “Hopefully, we’ll be able to film in Asia very soon.”

“The Expendables” movies follow a team of mercenaries as they try to fight evil and save the world.