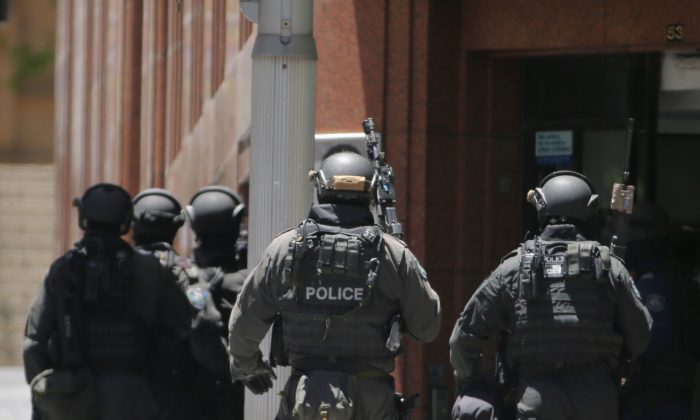 As the hostage crisis in Sydney came to a dramatic, deadly end, people were flooded with information.

The siege at the building in the city’s Central Business District is over and the gunman is dead. The apparent storming came after a day of high tension in the city, but details regarding the outcome remain unclear.

While traditional news outlets were briefed about what they should and should not report, it is much harder to keep tabs on social media. Speculation was rife on Twitter, photographs were posted from near the scene and people were sharing videos online of hostages held inside the Lindt cafe.

Police negotiators have the option to use social media to try to engage with both hostage takers and individuals in such crises. They might, for example, try to contact a missing person via their Facebook page. But engaging with hostages in this way could also be a hindrance in highly volatile situations. Social media might enable police to locate a hostage taker, which is useful for tactical teams, but that is done at the risk of putting hostages in danger. There is also the danger that information tweeted by hostages or individuals within the local area could be used to aid a hostage taker’s situation.

Anecdotal evidence suggests that the involvement of the media within hostage-taking situations can at times be detrimental.

During the Manila bus siege in 2010, for example, a media helicopter broadcast images of the police tactical operation being set up around the bus. The broadcast was available inside the bus and the hostage taker was provided with important information about the tactical interventions being organised by the Philippine National Police. The police thus lost an advantage as they no longer had the element of surprise on their side.

Caution about spreading information is absolutely fundamental in cases such as Manila and Sydney, particularly now that hostage takers are more likely to have easy access to that information. Much of the established media is aware of this problem and outlets generally seek guidance from the police in charge of operations before sharing information with the public. But less caution is used online by people who aren’t professionals.

It is, of course, understandable that hostages may want to reassure loved ones by tweeting about their experience. However, this goes against the concept of maintaining a sterile environment, whereby traditionally, police try to ensure that communication only occurs between the hostage taker and the negotiators. This is a central tenet of hostage and crisis negotiation.

But this type of interaction may also prove beneficial. Intelligence can be gathered on the conditions inside and on the welfare of the hostages.

Indeed, now that the Sydney seige is over, the police may find useful information on the gunman’s social media pages.

Social media is something of a double-edged sword. It can prove beneficial in certain scenarios but could also make a potentially lethal scenario more fraught.

Third party involvement, even by bystanders, brings in an element of communication which is completely out of the control of the police. The police have been trained to deal with such situations but their role can be compromised by an information flow that they are not privy to and may not in fact be accurate.

An innocent or well-intentioned tweet or Facebook comment posted by a bystander could misinform a hostage taker. It might suggest that the incident is being portrayed to the outside world in a particular way or provide information that the hostage taker does not want to release. That could aggravate or escalate a crisis situation.

Social media needs to be used with extreme care in cases such as the one in Sydney. Police negotiators need to be able to perform the role for which they have been stringently trained, without input from amateur onlookers, however well meaning their tweets might be.