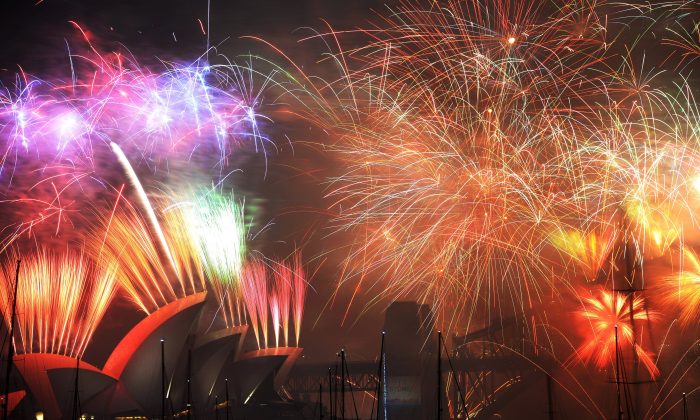 Sydney has scrapped its New Year’s Eve (NYE) family fireworks show for the second year in a row, despite being weeks away from reopening, with authorities saying the move is needed for the event to be managed in the “most COVID-safe way” possible.

There will be a fireworks display from the Sydney Harbour Bridge at midnight, but with potential restrictions regarding travel and crowd size.

A spokeswoman for the City of Sydney, the official presenter of the event, said the “difficult decision” had to be made to allow the NYE celebration to “remain resilient” in the face of the changing health situation and public health order.

“For an event the scale of Sydney New Year’s Eve, contracts are signed, and money spent months in advance,” she said in a statement on Tuesday.

“The fireworks always generate very large crowds, and the two separate displays result in the crossover of large numbers of people leaving for one show and arriving for the next.”

“In the current climate, limiting this mixing of crowds will ensure the event can be managed in the most COVID-safe way for all attendees and staff.”

The announcement comes as Sydney is set to come out of its nearly four-month lockdown in mid-October – when New South Wales hits the 70 per cent fully vaccinated thresholds.

As of Tuesday, 54 per cent of New South Wales, Australia’s most populous state, is fully vaccinated.

However, the Sydney City council’s decision to cancel the 9 p.m. celebration has attracted criticism from state Treasurer Dominic Perrottet, who said it was made too early.

“New Year’s Eve is 100 days away, and it would seem a bit pre-emptive to be pulling the plug on an iconic event enjoyed by so many people,” he said.

“While safety has to be a priority, this is something that deserves to be examined closely to see what the options are.

“COVID-19 has cast a long shadow across all our lives, and I would hope there is a way we can end the year with a bang and some spark rather than a whimper,” Perrottet said.

Sydney is home to one of the world’s most extensive NYE firework displays, which centres on the Sydney Harbour Bridge and surrounding Port Jackson. The celebration typically involves six barges spanning six kilometres of water shooting fireworks into the sky, with the use of 30,000 pyrotechnic effects.

“We don’t want to create any super-spreading events on New Year’s Eve, which then ruins it for everybody across the state moving forward,” Berejiklian said at a news conference last year.

The majority of Sydney residents watched the display from home as permits to attend the event were only granted to local residents, those who had a confirmed reservation at a hospitality business near the harbour, and employees of businesses within the area.

However, the event last year still attracted more than a million spectators and an estimated one billion people worldwide watching on TV.