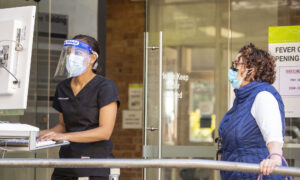 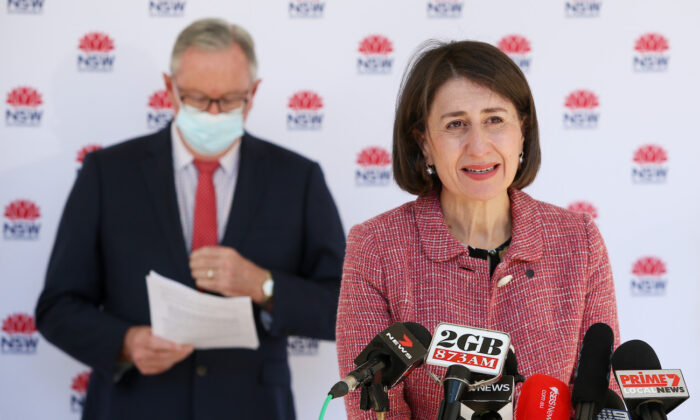 New South Wales (NSW) Premier Gladys Berejiklian will hold a crisis cabinet meeting on Saturday to determine whether further measures will be imposed after another 12 CCP virus cases were recorded in Sydney and new exposure venues have emerged past the established local hotspot areas.

Berejiklian foreshadowed an expansion of the seven-day lockdown to other areas might be on the cards, pending expert health advice.

“The case numbers have been consistent with what we experienced yesterday, but the one difference that we’ve seen in the last 12 hours is exposure sites emerging in areas outside of those [locked-down] areas and also the potential for people to have been infectious in those areas for a couple of days,” the premier said.

This comes as 29 cases were detected in the 24 hours to 8 p.m. on Friday, 17 of which had already been announced, taking the cluster to 82 cases.

NSW Chief Health Officer Kerry Chant said that 12 of the 29 new cases were in isolation when they tested positive, which means the 17 others were at risk of spreading the virus in the community.

“What we’re finding is by the time we’ve got to some of those cases, they’ve already on-transmitted,” Chant told reporters on Saturday.

Millions of people in Sydney are already in lockdown, with people who live or work in Woollahra, Waverley, Randwick, and the City of Sydney local government areas not able to leave home for a week except for essential purposes. These include work or education, shopping, providing care, or outside exercise. The order took effect from 11.59 p.m. on Friday and will last until 11.59 p.m. on Friday, July 2.

Of the new venues listed as exposure sites, Great Ocean Foods at 5-11 Cadogan Street in the inner-west suburb of Marrickville was of particular concern for NSW Health authorities.

All staff and customers who visited the seafood wholesaler premises between June 21 and June 25 must isolate and get tested, including everyone who lives in their households.

Any restaurants and cafes that took deliveries from Great Ocean Foods will also need to self-isolate and get tested, including the members of their households as well.

Other venues of concern include Cheers Bar and Grill on George Street in the Sydney CBD, a shopping centre in Bankstown, and an Opporto in Casula. All sites are listed on the NSW Health website.

Chant urged Sydney residents to check the NSW Health website before venturing out for essential supplies.