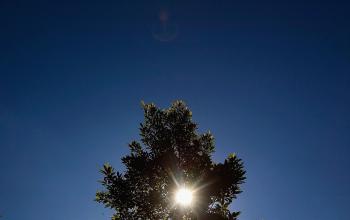 Local governments in NSW will go to the polls in the second week of September. Many are boosting their community presence and environment is at the top of the agenda.

“Local council can educate and lead the way. We have an obligation to let people live comfortably,” he said.

Randwick Council made environment policies a priority in 2006 with the introduction of the Home Energy Makeover programme. The initiative helped the local constituents save a combined 4000 tonnes of greenhouse gases and slashed $600,000 off electricity bills.

Sometimes, simple things, like installing cross ventilation based on wind direction, can save hundreds in air-conditioning costs, says Mr Nash.

The building industry is also picking up its game by introducing sustainable planning, Mr Nash said.

Randwick Council is currently developing a new green-friendly precinct around the University of New South Wales and the Prince of Wales Hospital.

All development plans must be pre-approved by the Council to comply with sustainable energy living standards. Although the initiative comes at a cost, Mr Nash believes the investment is worth it.

Randwick Council has long been a pioneer of local government-initiated environmental schemes. It was granted the 2008 United Nations Association of Australia World Environment Day award for its sustainable water management project, which now saves rate payers approximately 120 million litres of water a year at council sites.

It also became Australia’s first council to introduce a Local Government Emissions Trading Scheme in March 2008. The voluntary scheme aims to cut greenhouse gas emissions in participating councils by 20 per cent over the next five years.

Other councils are also keeping up the green focus. Willoughby Council in Sydney’s north has made a switch to 100 per cent accredited Green Power for the energy needs of its Administration Building on August 21.

The switch to Green Power was part of the council’s move to reduce its carbon footprint by 50 per cent by 2010, it says in a statement.

Each year, councils must prepare a State of the Environment Report (SoER) under the Local Government Act. The report provides information on initiatives to increase awareness of environmental issues and early warning signs of potential problems, and the effectiveness of policies and programmes.