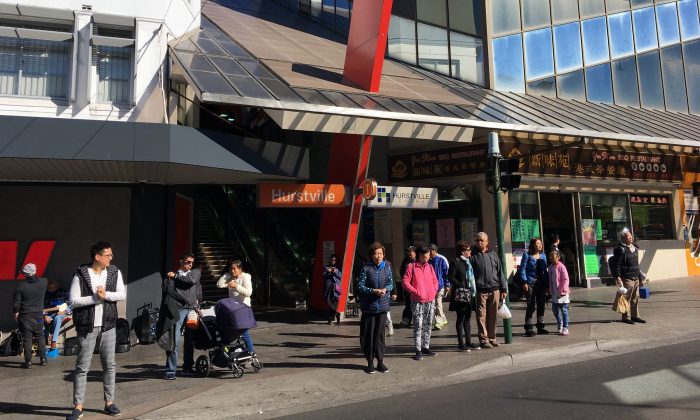 The Sydney Morning Herald has reported that two councillors in Sydney, Australia, are said to be under investigation for alleged misconduct following a trip they took to China with a developer whose projects they helped advance without declaring any conflict of interest.

A spokesperson for Georges River Council told The Herald that the pair, two of Hurstville’s former mayors, Labor’s Vince Badalati and the Liberal’s Con Hindi, have since been referred to the state’s corruption watchdog over the April 2016 trip to Tangshan in China’s Hebei province.

Badalati and Hindi were reportedly hosted by Yuqing Liu of the Chinese energy and waste processing company Xinfeng.

According to Yuqing Liu, Wensheng Liu, a property developer, had introduced Badalati to him in March 2016 during a visit to Australia. One month later, Wensheng Liu invited Badalati and Hindi to Tangshan as part of his “investment committee,” according to documents filed at the NSW Supreme Court, the Herald reported.

Suspicions arose over the pair’s actions when Badalati claimed that he and Hindi had covered their own costs for flights and accommodation on the 2016 trip to visit Tangshan.

However, in a contradicting statement, Yuqing Liu had said through his lawyers that his company had covered expenses for the pair’s accommodation.

Badalati says that the purpose of his and Hindi’s visit to China was to observe Xinfeng’s energy and waste processing facilities.

But The Herald reported that while in Tangshan, Badalati had been seen onstage applauding as the Lius signed an agreement for A$130 million ($92 million) to be injected into the two proposed Hurstville apartment blocks.

Badalati confirmed to the Herald that a month before the visit to China, he and Hindi had attended a dinner in Sydney’s Chinatown, hosted by Wensheng Liu, where the two Lius signed an identical agreement to the one signed a month later in China.

“It’s not as if I really knew him well. I just met him a couple of times and that was it,” Badalati told the Herald, referring to Wensheng Liu. “I was just asked to make a speech about Hurstville and the investment opportunity, basically.”

A week following their trip to China on April 20, during a Hurstville council meeting, Hindi and Badalati voted in favour of building an additional five storeys to Wensheng Liu’s proposed 11-storey tower on Treacy St, Hurstville, going against planners’ advice and without declaring their links to the Lius.

The council also accepted a modest financial offer that accompanied the amendment, the Herald reported.

In the same meeting, the pair voted in favour of a planning proposal from Wensheng Liu’s company One Capital, which detailed building a hotel, shops, and apartments along a block on Forest Road, Hurstville. Going against suggestions from an internal report, they also voted to increase the floorspace ratio and maximum height of the development.

Additionally, on May 4 as part of the Sydney East Joint Regional Planning Panel of five, Hindi and Badalati were the only two to vote in favour of the site moderation.

Later, the pair pushed forward a proposal called the Landmark Square Precinct, which included recommending that the Environment and Planning Committee scrap affordable housing at the site during council and committee meetings under the newly-formed Georges River Council in June 2018.

In addition to the rumoured Independent Commission Against Corruption (ICAC) investigation, Badalati and Hindi are said to also have been referred to the NSW Office of Local Government, the Herald reported.

A spokesperson for ICAC was not able to confirm or deny any investigation.

The development projects have since been halted after Wensheng Liu’s companies went into administration last year.

The directors left the country “and generally failed to assist us with our enquiries as they were required to do, which will be reported to ASIC,” a November 2018 report by administrators BRI Ferrier said, according to the Herald.

The Herald also reported that Yuqing Liu was recently engaged in court proceedings against one of Wensheng Liu’s other companies, GR Capital, over an unpaid A$10 million ($7.1 million) loan and won.