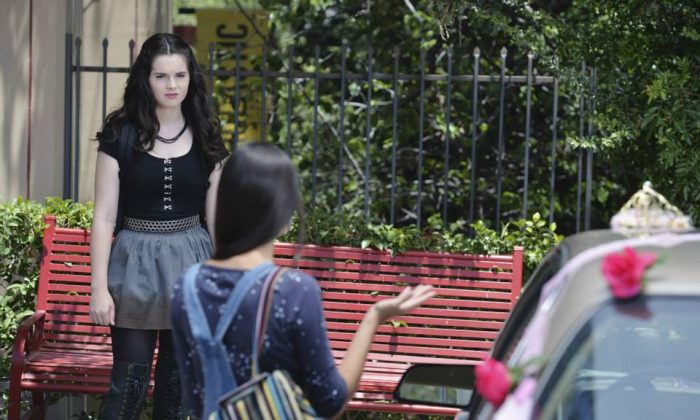 Switched at Birth on ABC Family is wrapping up season 3 with only two episodes left.

The finale, And Life Begins Right Away, will then air on Monday, August 18.

“Everyone is looking forward to commencement until shocking news about Carlton threatens to overshadow their special day. Daphne fears her future is in jeopardy when her past catches up with her. John and Kathryn are not happy when they learn about Bay’s non-traditional post-graduation plans,” according to the official synopsis from the network.

As for season 4, it is very much up in the air. The season 3 ratings have dipped from season 2, hitting a series-low 1.13 million viewers at episode 18, including a 0.4 million 18-49 demographic.

If a renewal is coming, it will likely come any day now–the renewal for season 3 came just two days before the season finale on August 19, 2013.

Switched at Birth follows the lives of two teenage girls who discover that they ended up with each others’ families at the hospital where they were born. The cast includes Vanessa Marano, Katie Leclerc, Lea Thompson, Constance Marie, Sean Berdy, D.W. Moffett, Lucas Grabeel, and Giles Marini.