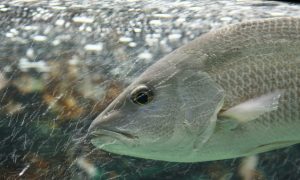 The University of Zurich will become the second place in Europe to carry out zero-gravity flights in order to study the effects of a weightless environment.

Through parabolic flights launched from the Dübendorf military air field by the French company Novespace, individuals who are willing to pay CHF8800 ($9366) will be able to experience weightlessness without leaving Earth’s atmosphere.

The University of Zurich will use the flights to carry out experiments that would normally have to be done in space.

According to Olivier Ullrich of the university’s Institute of Anatomy, his team carried out two such experiments at the International Space Station last year and now wants to be able to do similar research within Switzerland through zero-gravity flights.

The first flights will take place in September and will be carried out using a remodeled Airbus A310. Each flight will last about 90 minutes, during which time the airplane ascend and descend rapidly several times, forming the shape of a parabola. The passengers will experience weightlessness 15 times for 22 seconds each time. A video from Novespace illustrates how the flights work.

This article was originally published at SwissInfo.ch