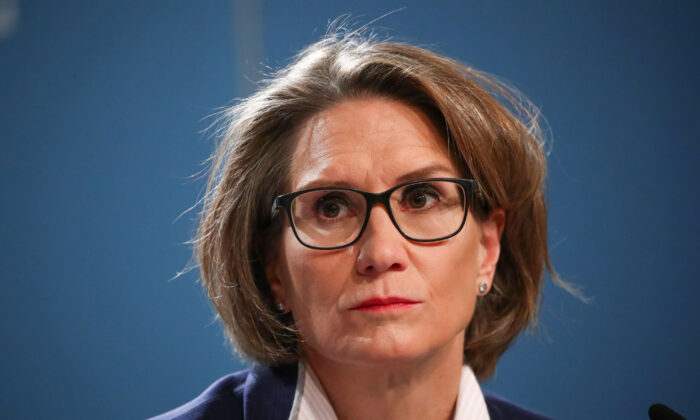 “Our investment policy must not be a climate policy,” Maechler said, saying the bank did not want climate change considerations to determine how it invested its foreign exchange reserves.

Swiss politicians are due to discuss later this month legislation which could force Switzerland’s central bank to divest carbon-heavy investments and take climate change into account as one of its investment policy targets.

The drive will begin this month with a motion in the parliament’s lower house, two lawmakers behind the campaign told Reuters. The push is coming from the left-wing Social Democrats (SP) and the Greens, which achieved record results in October’s elections.

“This is a climate emergency and we need to take action as soon as possible,” said Adele Goumaz Thorens, a Green politician. “The SNB has invested so much money it is incredible and could really be an actor for change.”

Switzerland’s central bank built up around $800 billion in foreign exchange reserves during a campaign to weaken the Swiss franc, giving it an unusually large investment portfolio for a mid-sized country’s reserve bank—around a fifth the size of the balance sheets of the European Central Bank (ECB) or the U.S. Federal Reserve.

In remarks made at a Dec. 12 press conference, Maechler said that the SNB takes climate risks into account as part of its risk management strategy.

“In the context of investment policy, climate risks are not fundamentally different from other financial risks—they too can trigger or amplify market fluctuations, which influence the attractiveness of certain assets.

“We regularly review changes in the risk landscape and factor them into our investment policy where necessary.”

She added that the SNB also has a policy in place that prohibits asset allocation in unethical investment vehicles.

“Furthermore, as an investor the SNB has long had in place a clear set of exclusion criteria for companies that violate Switzerland’s fundamental norms and values. For instance, it does not invest in companies that systematically cause severe environmental damage. Given the monetary policy requirements of our mandate, we are convinced that the approach we have chosen is appropriate.”

SNB deputy chairman Fritz Zurbruegg said the bank is barred from pursuing a structural investment policy that favored some sectors over others.

“We should not decide which sector is fit for the future and which is not,” he said.

“We are a central bank, our investments are currency reserves which have a monetary function, they are the result of our monetary policy,” Maechler said.

Instead, the SNB will take climate change into account on its forecasting models for growth and inflation, while also seeing how global warming affects the stability of the Swiss financial system, for example, through the impact of natural disasters and regulation.

Maechler’s remarks echo statements made by Federal Reserve Chairman Jerome Powell, who told the Joint Economic Committee in November that fighting climate change is beyond the central bank’s mandate.

“Climate change is an important issue but not principally for the Fed,” Powell told the Joint Economic Committee this week. “We’re not going to be the ones to decide society’s response. That is for elected officials, not us.”

The Fed has come under pressure from Democrats urging the central bank to add reducing CO2 emissions to its current dual mandate of price stability and maximum employment.

Twenty Democratic Senators, including Elizabeth Warren, Cory Booker, and Amy Klobuchar, wrote in January (pdf) to Powell that “U.S. regulators must join their international peers in ensuring the financial system is resilient to climate-related risks.”

“Central banks and bank supervisors across the world have committed to managing climate-related risks in the financial sector,” they wrote.

An example is the Bank of England, which plans to take into account government climate policies and climate change impact estimates into its bank stress tests. Another is the position expressed by Christine Lagarde, the new chief of the European Central Bank (ECB), who called tackling climate change “mission critical.”

Benoît Cœuré, a Member of the ECB Executive Board, said in a statement that “climate change can be expected to affect monetary policy one way or the other. That is, if left unchecked, it may further complicate the correct identification of shocks relevant for the medium-term inflation outlook, it may increase the likelihood of extreme events and hence erode central banks’ conventional policy space more often, and it may raise the number of occasions on which central banks face a trade-off forcing them to prioritise stable prices over output.”

Central banks should be careful when implementing climate-driven macro-prudential policies as they could “backfire” if underlying risks are not understood correctly, according to the International Monetary Fund.

A recent IMF study said that while central banks have started to consider the financial stability implications of climate change, these institutions should not rush into corresponding policy commitments.

“Capturing climate risk properly requires assessing it over long horizons and using new methodological approaches, so that prudential frameworks adequately reflect actual risks. It is crucial to ensure that the efforts to bring in climate risk strengthen, rather than weaken, prudential regulation. Policies such as allowing financial institutions to hold less capital against debt simply because the debt is labeled as green could easily backfire—through increased leverage and financial instability—if the underlying risks in that debt have not been adequately understood and measured.”

One of the reasons the IMF urges a considered approach is that models that estimate the economic costs of climate change are still too fluid to be reliable policy guides.

“Measuring economic costs of climate change remains a work in progress,” the IMF notes. “We can assess the immediate costs of changing weather patterns and more frequent and intense natural disasters, but most of the potential costs lie beyond the horizon of the typical economic analysis.”

Myron Ebell, Director of Global Warming and International Environmental Policy at the Competitive Enterprise Institute, told The Epoch Times that while there has been a modest increase in global temperatures due to man-made activity, the threat posed by it has been greatly exaggerated.

“I don’t think global warming is a crisis, and I don’t think it’s a planetary or a national emergency,” Ebell said, adding that there were stark differences between climate change projection models and actual measurement data.

“Here I think that the reality and the science diverges dramatically from the rhetoric and the claims of what I would call the ‘climate-industrial complex.’ The people who are advancing global warming as a crisis don’t rely on the facts or the data or the rate of warming. They rely on computer models that they have tuned to predict rapid warming. So this is really a debate between models and reality.”

Ebell said one of the direct impacts of higher carbon dioxide levels is the greening of the earth and expansion of territory suitable for food production.