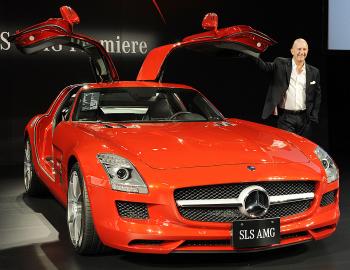 According to Swiss prosecutors, the driver could be fined one million U.S. dollars for his high-speed escapade.

The 37-year-old Swede was driving a Mercedes-Benz SLS AMG when caught by a traffic enforcement camera on the A12 highway between Bern and Lausanne.

Police spokesperson Benoit Dumas told BBC that "nothing can justify a speed of 290km/h.”

The driver’s Mercedes, worth approximately $225,000, has been confiscated by the police.

The previous record was US$290,000 for a Swiss millionaire caught driving a Ferrari at 85 mph through the middle of a village.