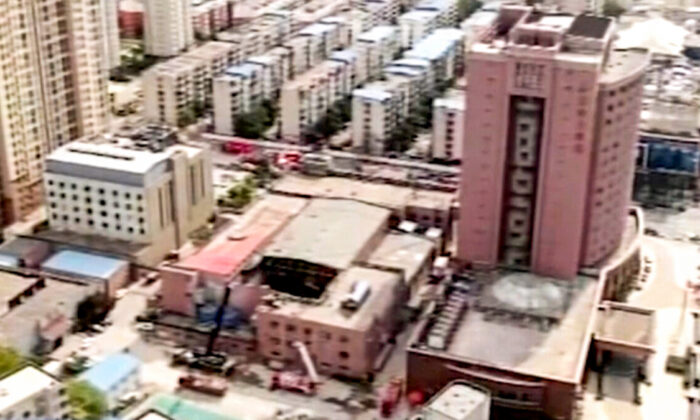 A building housing a swimming pool that collapsed, killing at least 3, in China's central Henan Province on April 18, 2022. (CCTV via AP/Screenshot via The Epoch Times)
Social Issues

A partial collapse at a building housing a swimming pool in China’s central Henan Province on Monday killed at least three people and injured nine, according to state broadcaster CCTV.

Aerial footage showed what appeared to be part of the building’s roof caved in, with scattered concrete and debris inside, but details remain sparse.

The cause of the collapse is under investigation, according to CCTV.

The broadcaster said all 12 people who were trapped had been taken out of the building by 3 p.m. local time. Of the 12, nine had suffered minor injuries, while three died.

The actual number of casualties from such an event may be much higher as the Chinese regime routinely suppresses or alters information.