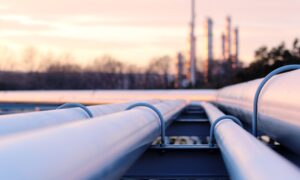 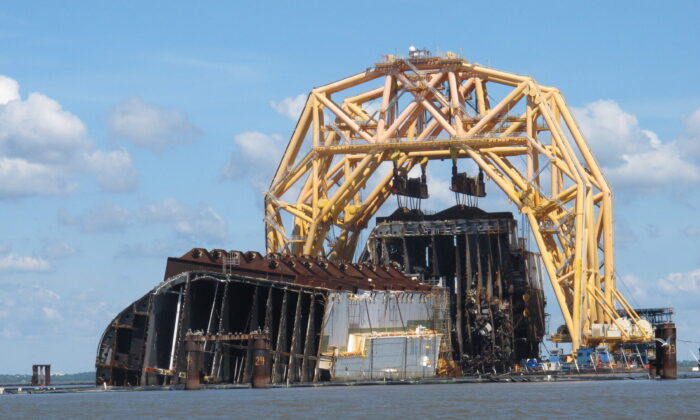 BRUNSWICK, Ga.—Health officials warned swimmers and fishers to be on the lookout for oil sheens off two Georgia islands after oil spilled from an overturned cargo ship while crews were dismantling it.

The Coastal Health District issued the alert Thursday for the waters off Jekyll and St. Simons islands hours after a large amount of oil from the nearby Golden Ray escaped a barrier around the ship.

The oil leaked while crews were cutting away a fifth section of the ship, which capsized in September 2019 with about 4,200 automobiles in its cargo decks. Roughly half the ship remains partially submerged off St. Simons Island, about 70 miles (112 kilometers) south of Savannah.

The health district said swimmers and fishers should avoid areas with visible oil sheens, and swimmers should get out of the water if they see one.

It recommended washing with soap and water in case of contact with oil or a tar ball.

Demolition crews began working in November to remove the Golden Ray by cutting it into eight giant chunks and placing them on barges. Officials had hoped to have the work finished by last January, but numerous problems have caused delays.

Most of the fuel onboard the ship was siphoned from its tanks long before demolition began, but officials have said they knew there was the potential for additional leaks. Crews in June also cleaned up oil from the ship that escaped the environmental protection barrier.