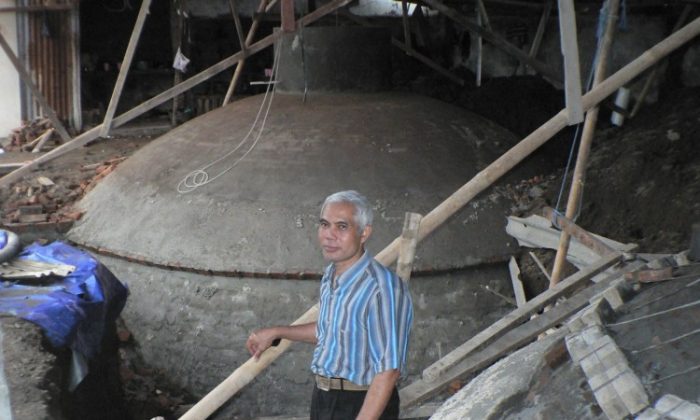 Several tons of fruit that used to go to waste daily in a small Indonesian town are now being turned into biogas to produce electricity, thanks to foreign aid from a city in Sweden whose success in waste management is setting a global example.

The fruit market in Sleman on the Indonesian island of Java, the world’s most populous island, used to dump four tons of fruit every day. In the heat, with no means of refrigeration, the fruit brought there in the morning would go bad by the following day.

That presented a challenge but also an opportunity when two waste management experts from the University of Boras, Sweden, visited the island and studied the situation.

Professor Mohammad Taherzade and Olle Engstrom, coordinator of the Waste Recovery Project in Indonesia, decided to arrange for two students from Indonesia’s Gadjah Mada University to come to Boras to learn about waste management.

At the university’s School of Engineering, the students learned about biogas production and how to build facilities to produce this source of energy.

“That meant that dealers at the market could generate their own electricity and wouldn’t have to buy it,” Engstrom said. “Also, it would get rid of the stink from the fruit waste and reduce greenhouse gas emissions. The environment would improve.”

Upon their return to Sleman, the students became project managers and designed a local biogas facility for the town to transform its waste into useful energy.

The Waste Recovery Project did not only involve the Gadjah Mada University, but it also started working with local authorities, business owners, and the fruit dealers themselves in Sleman to educate them in the fundamentals of environmental science.

The Swedes taught them the Boras model of collaboration, enabling all the parties to share experiences and knowledge and solve problems together.

“Our model is based on mobilizing the citizens and helping them to understand why it is important to recycle,” said Par Carlsson of Boras Energy and Environment, one of the partners providing support to the Waste Recovery Project in Indonesia.

The small city of Boras in southwest Sweden first formed a group in 1980 to push forward its work on energy recovery, recycling, and waste management. The group consisted of representatives from the local university and other academic institutions, as well as the local government.

Involving all of these stakeholders turned out to be a recipe for success. The group found that it was able to make big changes with small means, and the resulting model has given the town not only a cleaner environment but also improved living conditions for its citizens.

Of the 200,000 tons of garbage collected annually, only 4 percent now ends up in dumps; 30,000 tons of pure, biological waste is turned into 3 million cubic meters of biogas, which is used to power the city’s buses, garbage trucks, and taxis.

Anything that is recyclable is recycled, and the burnable waste is used to heat water that is distributed through an underground pipeline system to homes and buildings in Boras.

Thus, Boras has become something of an international authority on waste management, with its model now spreading across the globe.

Sweden government agencies funded the Waste Recovery Project in Sleman as a foreign aid effort, and the project has since become a partner for waste management in other Indonesian jurisdictions and institutions as well.

For example, there are many garbage dumps in Indonesia, which presented another opportunity for energy recovery from waste.

While the garbage is not sorted but just put in landfills, “we have established proper biogas facilities as well as gas-production facilities at landfills in a number of Indonesian cities,” said Carlsson.

The waste recovery work in Boras is not only a success in waste management, but also in various aspects of local community building.

The synergy has produced many beneficial effects in different sectors of society in Boras, including industries, Carlsson said. And this experience is helping Indonesia as well, where, for example, experts from Boras are helping the city of Palu build a sustainable city for the future.

Annika Siwertz of the Swedish International Development Cooperation Agency (SIDA) lauded the Waste Recovery Project when its first collaboration began in Indonesia last year. She called the Boras model one of the best examples of foreign aid she had ever seen, noting that SIDA only had to invest “very little money.”

Apart from Indonesia, the waste management experts in Boras have established partnerships with universities in Nigeria, Brazil, the United States, and Vietnam, and they are currently involved in talks with interested groups in numerous other countries.