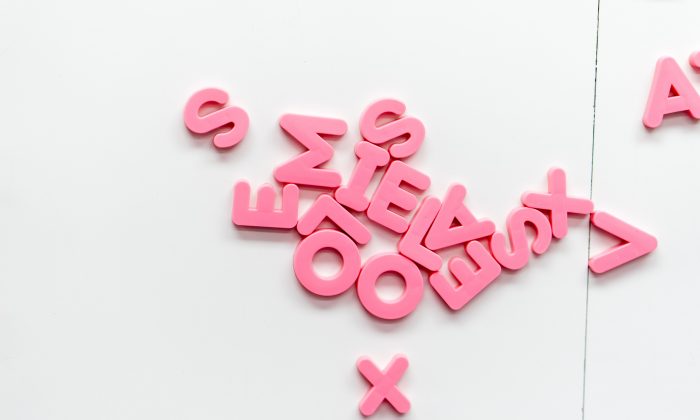 STOCKHOLM—Swedish activists have found a new target for reform: the alphabet.

More specifically, it’s the Swedish phonetic alphabet that has come under fire. Unlike the United States, which uses the NATO phonetic alphabet for spelling out letters over radio traffic and such (“Alpha” for A, “Bravo” for B, “Charlie” for C, etc.), Swedish authorities have their own Swedish version. It was implemented in 1891 and consists entirely of male first names with an ethnically Swedish flavor, like Adam and Bertil.

In an opinion piece in Sweden’s major daily newspaper, Dagens Nyheter, representatives of Rattviseformedlingen (an NGO dedicated to diversity) and Fredrika Bremer-forbundet (one of Sweden’s oldest women’s organizations) argue that the current phonetic alphabet is discriminatory against women and people with foreign names.

“It’s particularly strange for those of us with names that aren’t traditionally Swedish, who always have to spell out our names in different situations,” they write. “The fact that we only have access to male, Swedish names becomes a kind of symbolic elimination—we don’t even have access to a language that includes us. Not even when we have to explain our own names.”

The authors invoke the #MeToo movement, which has been particularly prominent in Sweden, and criticize the Swedish government for not working vigorously enough for equality and inclusion. The current alphabet is used by the police and the military, and using only traditional, male names “reproduces the image of who can, and should, work in these professions,” they argue.

The new suggested list of names has been developed over a long time and reviewed by linguistic experts at the universities of Stockholm and Lund, to assure that they work just as well as the old one for the purpose of transmitting letters over a crackling radio connection, the authors claim.

The new names include “Pippi” for P and “Xena” for X, but also the decidedly non-Swedish “Khaled” for K. Journalist Paulina Neuding pointed out on Twitter that this Arabic name is not in fact pronounced with a “K” sound, but with a fricative “ach-laut.”

“But hey, at least it’s foreign,” she added.

Elsewhere on social media, the move was mostly met with disbelief and ridicule. Author and politician Ann Heberlein commented, “The war on Swedish men continues,” and suggested instead that if a change really is required, Sweden should start using the NATO alphabet, since it would at least bring them in line with the rest of the world.

But the authors of the article believe that this “is not a symbolic act, but a concrete possibility for change every day.”

“It is only natural that even minor adjustments may feel like a cultural quantum leap for some people, as it often feels safe and comfortable to keep doing things the way we always have,” they write. “But norms are broken and standards are replaced, and there is nothing more progressive than that.”

It remains to be seen if Swedish authorities choose to adapt the new alphabet.