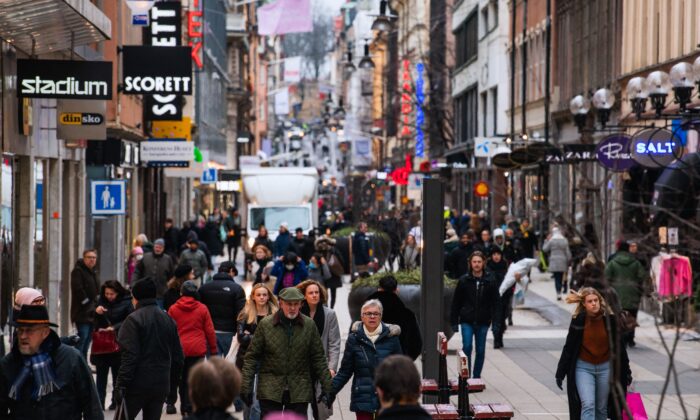 STOCKHOLM—Sweden’s central bank on Thursday raised a key interest rate from zero to 0.25 percent, citing the highest inflation level since the 1990s.

Riksbanken said there had been “unusually large fluctuations in inflation in Sweden” and the rise last year “was largely due to rapid increases in energy prices.” The Consumer Price Index for March was at 6.1 percent.

“Since the turn of the year, inflation excluding energy has also risen rapidly and has been significantly higher than the Riksbank’s forecast in February,” the central bank said in a statement. “The outcomes indicate that the upturn is now broad and prices of goods and food as well as services are rising unusually quickly.”

The central bank said the rate will be raised gradually going forward and that it will be somewhat below 2 percent in three years’ time. Thursday’s decision will apply starting Wednesday.

Sweden is part of the European Union but does not use the euro, so it is not part of European Central Bank.

The Frankfurt, Germany-based bank that makes monetary policy for the 19 countries using the euro has not raised interest rates yet, saying it will do so “some time after” ending its pandemic stimulus efforts later this year.

The eurozone saw inflation rise to an annual rate of 7.4 percent last month, the highest since statistics began in 1997.

Some other central banks in Europe, the Bank of England and U.S. Federal Reserve have raised interest rates as inflation soars worldwide, driven by strong demand following the depths of the COVID-19 pandemic and exacerbated by Russia’s war in Ukraine.