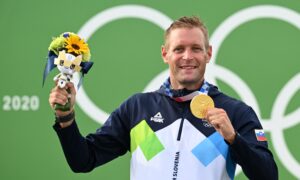 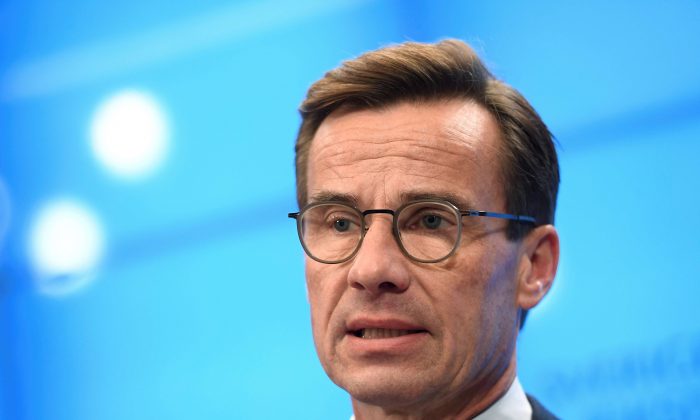 STOCKHOLM—The first bid to form a new Swedish government since a divisive election two months ago failed to win acceptance in Parliament on Nov. 13.

After protracted speaker-led negotiations, Ulf Kristersson, leader of the center-right Moderate party, sought support for a minority government with the Christian Democrats. But his bid was predictably rejected by a parliamentary majority—including the Liberal party and the Center party from his own four-party center-right “Alliance” that ruled Sweden from 2006 to 2014.

“This is the most serious crisis for the Alliance during my years in politics,” Kristersson said afterward.

Many observers see this development as the final nail in the coffin of the Alliance, which was formed as a way to challenge the post-World War II Social Democrat hegemony. The rift in the Alliance, now definitely in the open with bitter recriminations online, is rooted in the tricky parliamentary situation, where neither the left-green bloc nor the center-right bloc can form a majority, due to the rise of the nationalist Sweden Democrats.

While all four Alliance parties rule out direct collaboration with the Sweden Democrats, the Moderates, and the Christian Democrats are open to policy talks, while the Liberal and Center parties reject this idea, and instead want to see talks across the aisle, with the Social Democrats or the Green party.

In order to form a government, any of the two current blocs would only need the tacit support of the Sweden Democrats, meaning that they wouldn’t actively vote against such a bid in parliament. But even that’s a bridge too far for the Liberals and the Center party, who had announced beforehand that they wouldn’t support the Moderate-Christian Democrat minority government.

But the Sweden Democrats, who have previously demanded policy influence to support any government bid, surprisingly supported it, possibly in an attempt to further split the Alliance. Many Moderate and Christian Democrat voters want their parties to negotiate with the Sweden Democrats, or even form a coalition with them.

“We still don’t have a government in place, and this reflects very poorly on the parties of this body, which have locked themselves into impossible positions,” Sweden Democrat leader Jimmie Akesson said after the vote.

Several Sweden Democrat policy positions have quietly been adopted by the other parties—including the Social Democrats—but they are still the uncouth upstarts against whom all the other parties define themselves rhetorically. But collaboration with the Social Democrats—the very party the Alliance was formed to challenge—is an even harder pill to swallow for many right-leaning voters.

The Social Democrats, meanwhile, need to win the tacit support of at least one of the Alliance parties in order to form a government. They can count on the support of the Green party and the Left party.

It’s not clear what the speaker’s next move is, but this was the first of three possible attempts at getting a new government accepted by parliament. A failed third attempt would automatically trigger a snap election. In post-election polls, the Sweden Democrats have grown further, and might possibly surpass the Moderates and become the second largest party after the Social Democrats.

The Liberal party, meanwhile, has shrunk to the point where they might not clear the minimum 4 percent bar to parliament. The Green party is also at risk of failing the bar, and if any of those parties thus would lose all their seats, the parliamentary situation would be completely different.

Most observers predict that a snap election would mainly benefit the Sweden Democrats, the Social Democrats, and possibly the Center party, as they have the financial means to run another election campaign.