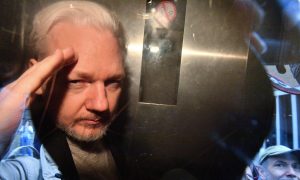 Journalism or Espionage? Why Assange Is Both a Danger and a Hero
0
Share Now
TelegramFacebookTweetEmailTellMeWeReddit
Copy Link 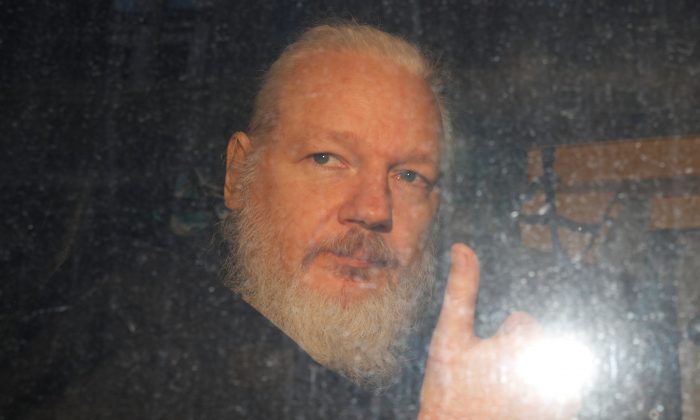 WikiLeaks founder Julian Assange is seen as he leaves a police station in London, Britain on April 11, 2019. (Peter Nicholls/Reuters)
Europe

Swedish prosecutors have dropped their rape investigation against Wikileaks founder Julian Assange, because “evidence has weakened considerably due to the long period of time that has elapsed since the events in question.”

Eva-Marie Persson, Sweden’s deputy director of public prosecution, said in a press release: “I would like to emphasise that the injured party has submitted a credible and reliable version of events. Her statements have been coherent, extensive and detailed; however, my overall assessment is that the evidential situation has been weakened to such an extent that that there is no longer any reason to continue the investigation.”

Investigations into the sexual assault charges stemmed back to 2010 when the 48-year-old Assange, during his stay in Stockholm, allegedly raped and abused two women. Assange has always denied the allegations, saying the sex was consensual.

However, in 2012, the elusive Assange sought refuge at the Ecuadorian embassy in London to avoid extradition to the United States, who also wanted Assange for crimes of treason and espionage.

When Ecuadorian officials lifted his protective status, Assange was arrested by Scotland Yard on April 11, 2019. Swedish prosecutors, who had dropped their preliminary investigation into the rape allegations back in 2017, reopened their investigation in May, knowing the statute of limitations for the sexual assault will expire in August 2020.

Swedish prosecuting authorities at the time said: “The preliminary investigation concerning allegations against Julian Assange was resumed on 13 May 2019 after Assange left the Ecuadorian embassy in London.”

English authorities also wanted Assange for jumping bail and sentenced him to the Belmarsh prison in London for 50 weeks. After serving his time in Belmarsh, there remains the threat of extradition to the United States.

A spokesman for Assange’s legal team said: “From the outset of Sweden’s preliminary investigation, Julian Assange’s expressed concern has been that waiting in the wings was a United States extradition request that would be unstoppable from Sweden—and result in his spending the rest of his life in a U.S. prison.”