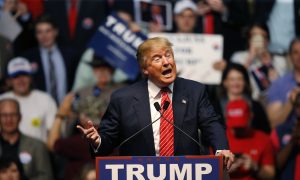 Into The Mosh Pit: Republican Campaign Talk Gets Nastier
0 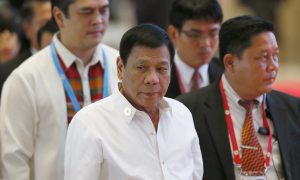 Something is happening these days that kicks into gear the old platitude, “Sticks and stones may break my bones, but words will never harm me.” These words may have become more relevant with the ascension of Donald Trump to the presidency and a new study just out about the power of words—namely, swear words.

In short, the modus operandi is that anything goes as far as words are concerned. The new normal holds that swearing is hunky-dory. Everybody does it—those emotionally fit, anyway—according to the findings in “Frankly, We Do Give a Damn: The Relationship Between Profanity and Honesty.”

Published by Social Psychological and Personality Science, a scholarly journal in the field of human behavior, the report declares that profanity may be seen as “a positive if it does not inflict harm but acts as a reliever of stress or pain in a cathartic effect.”

Above all, the report’s authors conclude that there is a connection between honesty and profanity. Those who invoke so-called street lingo tend to be more forthcoming than those who don’t.

“Profanity [is] associated with less lying and deception at the individual level, and with higher integrity at the society level,” the report says.

This, they say, could help explain the popularity that swept Mr. Trump to the White House. It might also explain why words not so polite were muttered among marchers and speakers at weekend events of protest over his presidency, and in particular, over his supposed denigration of women.

To anyone whose upbringing consisted of minding Ps and Qs, the use of swear words, or, as grandma would call it, “gutter speak,” marked puerile behavior that could result in a reprimand or something cruel and unusual like a threat to disinfect the offending mouth with soap and water.

“We punish people for saying them,” said Benjamin Bergen, a cognitive scientist who has written extensively on vulgarity in society, in an interview with Time magazine. “So we’re training kids, socially, that these words are powerful,” he claims.

According Dr. Bergen, who teaches at the University of California, San Diego, swearing can signify a person’s mental state from anger to excitement, surprise or arousal, which he says is a good thing, in line with the profanity and honesty study. “Your pores open and you start sweating. Your heart rate increases. Your pupils dilate,” he said in the Time magazine report.

Television personality Carrie Keagan, hailed as bawdy, crass, and vulgar, is an expert of sorts on swearing. Ms. Keagan authored “Everybody Curses, I Swear!” described as a quintessential book on the world of potty-mouthed depravity inside Hollywood, and she has been compared to Howard Stern, who has turned swearing into a cash cow.

Ms. Keagan’s book features stories and commentaries from scores of Hollywood A-listers, who could be considered immune from the repercussions of swearing, unlike the masses of people who must consider risks such as their jobs, where use of profanity, mostly considered crude and unprofessional, could hamper career mobility.

The introduction to Ms. Keagan’s book takes up a fatalistic posture that swearing is widespread and the recourse is to accept this as a reality, like it or not: “Cursing is as old as time, and like prostitution, it isn’t about to go away anytime soon.” The author adds, “Besides, swearing is fun.”

Vulgar language can be as a substitute for potentially more harmful forms of violence, claims the study “Frankly, We Do Give a Damn.” “Profanity is also used to entertain, attract, and influence audiences as illustrated by the frequent use of profane language in comedy, mass media, and advertising.”

The study also gives traction to the sense of authenticity perceived by the language of Donald Trump, hailed by his supporters for his authenticity.

It further suggests that persons of sophistication and success are prone to invoking vulgar words. Former President Barack Obama, not known for swearing, did deploy the term “kick [butt]” in the context of anger over the BP oil spill off the shore of Louisiana in 2010. On the other hand, his former chief of staff Rahm Emmanuel earned the moniker “Mr. Potty Mouth” for a reason.

Of particular note is what all this research did not report: Communication is a two-way street. Where there is a speaker, there is apt to be a listener. This research considered the words said and the cathartic benefits, not the reaction to verbiage, and its impact, which can be hurtful, humiliating, and intimidating.

Swearing—or, say, swearing with impunity—is like the unrepentant imposition of loud music. Likewise, a cursing tongue may not be so easy to grin and bear when the audience is captive, such as on public transportation. It wouldn’t seem to be at all a dishonest thing to do to tell the offender to pipe down.

For that matter, it’s hard to see a speaker of vulgarity as “sophisticated,” remembering the days not so long ago when a cigarette dangling from one’s mouth in the movies, in ads, or in real life imbued that look.