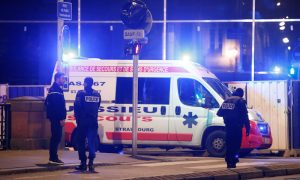 At Least One Dead, 10 Wounded in French Christmas Market Shooting
0 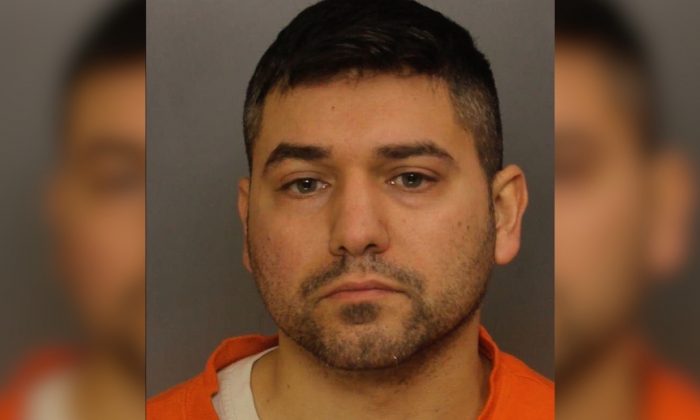 SWAT Negotiator Gets Gunman to Surrender by Singing ‘White Christmas’

A carol-singing SWAT officer was able to end a 10-hour standoff on Dec. 26 when he granted an armed man a rendition of the holiday carol “White Christmas.”

On Christmas night, a Chester County man barricaded himself in his home and shot at SWAT officers multiple times, refusing to stand down.

The suspect, identified as Nathaniel R. Lewis, 34, of East Vincent, Pennsylvania, was reportedly under extreme stress from separating from his wife during the holidays, Chester County District Attorney Thomas Hogan said, according to the Philadelphia Inquirer.

According to investigators, the incident started around 7:30 p.m. on Dec. 25 when Lewis’ sister-in-law went to the home to check on him because no family members had been able to reach him. Upon her arrival at his Aftons Circle home, she found that Lewis had barricaded himself inside.

She forced her way into the home and found him holding a rifle, which he then used to fire four shots, according to an affidavit of probable cause for his arrest.

She was not injured in the process and was able to get away.

About an hour later, Lewis’ estranged wife asked the East Vincent police to go to the home for a wellness check.

At 10:30 p.m., the Chester County Regional Emergency Response Team arrived, the Inquirer reported. A negotiator used Lewis’s wife’s cell phone to call him to persuade him to surrender peacefully, which he refused.

Instead, Lewis talked about “killing police and shooting up the neighborhood,” according to the affidavit.

At 12:47 a.m. on Boxing Day, members of the Emergency Response Team heard several gunshots fired from a second-floor window, followed by a shot from inside the house, according to authorities.

After the sunrise, things began escalating.

At 6:11 a.m., Lewis shot at police again and then a few minutes later at 6:15 a.m., authorities said. Both times, the police returned fire, according to the affidavit.

After the song, Lewis came out and surrendered.

Police then went inside the house and found shell casings on the second floor, a rifle, and two magazines on the bed in the master bedroom, according to the affidavit.

No officers were injured in the standoff, reported the Inquirer.

“That’s a Christmas miracle in our book, all because one negotiator was willing to sing him a Christmas carol,” Hogan told Lancaster’s WGAL-TV. “[It was a] tremendous job all around.”

The police took Lewis to the Chester County Prison after he was unable to post bail.

He’s being held without bail and his preliminary hearing is scheduled for Jan. 7, 2019.