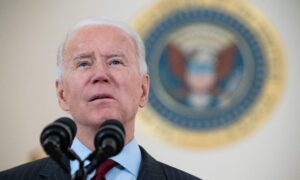 Sustainable Investing: Not a Simple Choice of Good or Bad

NEW YORK—Sometimes it takes more to be good than just not being bad.

That’s the logic behind a shift within the surging sustainable-investing market. For years, the default way to invest responsibly was simply to ignore the companies and industries that some find distasteful, such as tobacco companies or casino operators. It’s still the world’s most popular approach, based on total dollars, but a more nuanced approach to sustainable investing is growing even more quickly.

Instead of barring a list of industries from consideration, more mutual funds are taking into account how well companies do on environmental, social, and governance issues. Does the company have a history of emitting a lot of carbon dioxide? Does it pay its executives excessively? Is its accounting trustworthy?

Managers of so-called ESG-integrated funds consider the answers alongside more traditional measures, such as how much profit a company makes and how quickly it’s growing. Adding that layer of questioning is a way to reduce risk for long-term investments, proponents say, in part because companies that score well on ESG issues are less likely to blow up in scandals or face big regulatory fines.

Sustainable investing in general is surging. Assets in the category leapt to $21.4 trillion worldwide at the start of 2014 from $13.3 trillion two years earlier, according to the Global Sustainable Investment Alliance. It’s growing faster than the overall market and represents 30.2 percent of all professionally managed assets, up from 21.5 percent in 2012.

Under the sustainable umbrella, ESG-integrated investing is providing some of the fastest growth. Its assets more than doubled from 2012 to 2014, hitting $12.9 trillion, and demand has been so strong that new ESG mutual funds are being rolled out seemingly every month.

Consider the Matthews Asia ESG fund, which launched on April 30. It focuses on Asian stocks and its lead manager, Vivek Tanneeru, says the region is ripe for an ESG approach given environmental concerns in the region and the rapid ascendance of many families out of poverty.

“We’re not setting out to exclude anything,” Tanneeru says. “We’re looking for companies that do the right things.”

Banks in India that target women and low-income customers are not only helping on social issues, for example, they’re also delving into big, profitable markets. Tanneeru emphasizes that finding companies with strong financial prospects remains his priority, and that considering ESG issues comes later in the process.

That’s because many of these ESG-integrated funds want investors to be able to depend on them as core holdings, rather than as just nice side investments.

“We aren’t there just to love the environment,” says Nicholas Kaiser, chief investment officer of Saturna Capital. “We certainly respect the environment, but the goal is the shareholder and his investment for the long term. The real goal is to reduce risk.”

The influx of new funds means that many don’t have a track record. But a recent study by the Morgan Stanley Institute for Sustainable Investing found that investors interested in sustainable funds generally don’t have to sacrifice returns.

After looking at the performance of 10,228 mutual funds over seven years, the institute found sustainable stock funds posted returns that were as good or better than the median traditional fund in nearly two-thirds of time periods measured.

Saturna opened its Sustainable Equity fund and Sustainable Bond fund in late March after seeing demand rising for responsible investment through the Amana mutual funds that it manages. These funds screen out certain investments according to Islamic principles—such as companies that charge interest or are involved in the liquor or pornography industries.

Kaiser says he’s not sure about the exact percentage, but estimates that less than 20 percent of the Amana funds’ investors are Muslim, showing the widespread hunger for responsible investments.

Columbia Threadneedle Investments also saw a wave of demand for responsible investments when the Threadneedle U.K. Social Bond fund launched in January 2014. The fund invests in bonds issued by organizations looking to help society and economic development, and U.S. investors were quickly calling to see if they could get in.

There are plenty of investors out there who want to feel better about what they’re doing.
— James Dearborn, fund manager, Columbia U.S. Social Bond

They couldn’t, but the demand led to the launch of the Columbia U.S. Social Bond fund in March. The U.S. fund focuses on municipal bonds geared toward low-income communities, school systems, and the environment, among other areas. Among its investments are bonds backing a low-income housing project in Bellemont, Louisiana, that also helps provide job-training and other services to its residents.

“There are plenty of investors out there who want to feel better about what they’re doing, invest in a way they can feel good about,” says James Dearborn, one of the fund’s managers. “Sitting at my own dinner table with my teenage boys, they’re very interested in it. It makes me very happy.”