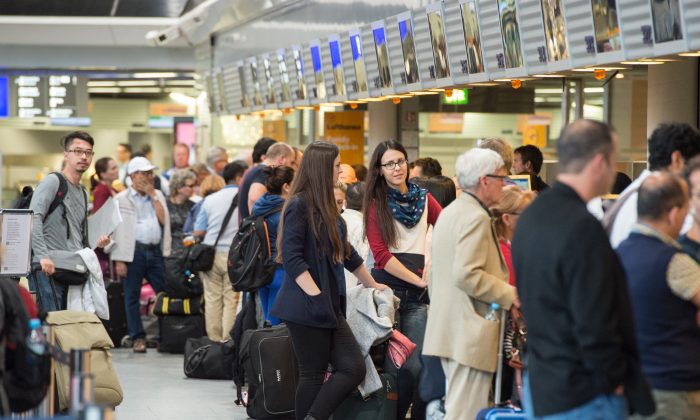 Passengers queue in front of Lufthansa counters at the airport in Frankfurt, Germany, on Nov. 7, 2015. (Boris Roessler/DPA via AP)
US

MIAMI—Dozens of flights were delayed at Miami International Airport after authorities closed two security checkpoints to investigate a suspicious bag.

Officials say a total of 50 flights were delayed Monday evening as a result of the investigation. Airport spokesman Greg Chin says nine flights were also diverted.

News agencies report some travelers missed their flights as a result of the delays.

Miami-Dade Police initially responded to the investigation before it was later turned over to the FBI.

FBI officials say a passenger who went through security around 5 p.m. had items in his carry-on bag that looked suspicious. Authorities say the passenger was questioned and his bag was searched, but the items in question were deemed safe.