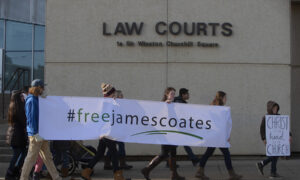 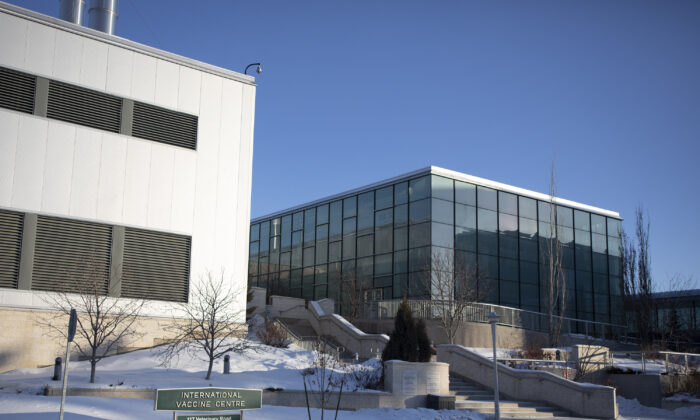 The Vaccine and infectious Disease Organization is shown at the University of Saskatchewan in Saskatoon on Feb. 5, 2021. (The Canadian Press/Kayle Neis)
Canada

The University of Saskatchewan violated one of its professors’ Charter rights by suspending him from teaching duties and firing him as of September for raising concerns about children being vaccinated without informed consent, says a constitutional lawyer.

Dr. Francis Christian, clinical professor of general surgery at the university and a practising physician, was called to a meeting on June 23 where he was informed of his suspension and firing while the university reviews his conduct and social media activities.

Jay Cameron, litigation director of the Justice Centre for Constitutional Freedoms (JCCF), the non-profit legal organization representing Christian, told The Epoch Times that the firing is illegal because “it is a breach of contract and done for the purposes of censorship.”

“It is our position that Dr. Christian’s termination is illegal, an infringement of his Charter-protected right to freedom of thought, belief, opinion, and expression, and a betrayal of the principles of scientific inquiry,” Cameron wrote.

“He may not work with or teach residents—pending an investigation into his conduct. While that is ongoing, the clock is ticking to his full termination on September 21,” JCCF lawyer Allison Pejovic told The Epoch Times in an email.

In a June 17 statement to media that was also issued to over 200 doctors, Christian—who says he is a “very pro-vaccine physician”—expressed concerns about children as young as 12 being administered the m-RNA COVID vaccine.

“Before the vaccine is rolled out to children, both children and parents must know the risks of m-RNA vaccines to children, any benefit to children, and any alternatives to vaccines,” he wrote, describing informed consent as “a sacrosanct principle.”

“This should apply particularly to a new vaccine that has never before been tried in humans.”

He said COVID-19 doesn’t pose a threat to children, but noted that the vaccine “is already causing serious medical problems for kids all over the world” due to “a real and significantly increased risk of a condition called myocarditis,” which is an inflammation of the heart muscle.

“This has been sufficient to make the German national vaccine agency to not recommend the vaccine to healthy children and adolescents,” he wrote. “The UK vaccine agency, according to a report in the Daily Telegraph, is also not authorizing the vaccine for kids.”

In a June 21 letter to Christian, the Saskatchewan Health Authority and the University of Saskatchewan’s College of Medicine said they had “received information that you are engaging in activities designed to discourage and prevent children and adolescents from receiving COVID-19 vaccination contrary to the recommendations and pandemic-response efforts of Saskatchewan and Canadian public health authorities,” according to the JCCF.

The Saskatchewan Health Authority (SHA) said in an email statement to The Epoch Times that it is exercising its right to terminate the contractual relationship with Christian under the Provincial Academic Clinical Funding Plan Agreement.

“The SHA would like to reaffirm that it does not support or endorse spreading misinformation that casts doubt on the seriousness of COVID-19, the validity of the science of this pandemic, and the effectiveness of COVID vaccinations,” the statement said.

“While we respect that residents of Saskatchewan have a right to free speech, health system leaders are expected to be committed to fact-based, scientifically driven public messaging.”

The JCCF is currently representing a number of health professionals who are facing discipline for questioning COVID-19 public health measures.

“Colleges of physicians have become a kind of new Inquisition where scientists and doctors who question prevailing orthodoxy are censored, punished, and vilified,” Cameron said.

“Doctors and nurses have freedom of speech, and professional penalties for engaging in a public scientific debate are deeply disturbing. Health-care workers do not relinquish their constitutional rights simply working for a government-controlled health body. They ought not to be punished simply because they refuse to mindlessly parrot the popular COVID mantra.”