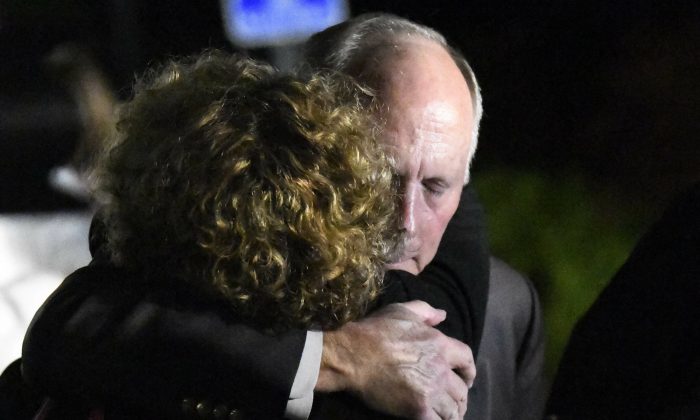 A young man suspected of using a deadly firearm at one of the nation’s first public universities on April 30 was a former student, North Carolina authorities have revealed.

SWAT has taken one suspect into custody without incident.

The suspect in the UNC Charlotte incident has been identified as Trystan Andrew Terrell, (DOB: 06/06/1996.)

He is in custody at this time with charges pending against him.

No ages or names were released at the time of publication.

“At approximately 5:40 p.m. shots were fired on the UNC Charlotte campus. Campus police and the CMPD responded quickly to the scene and the campus was placed on lockdown,” UNC Charlotte Office of Emergency Management said in a Facebook post dated April 30. “The suspected shooter is in custody. While police continue to secure the campus, it is believed that there is no ongoing threat.”

Our officers and @UNCC_Police are still clearing buildings on campus. Please hang tight until we get to your building. Do not leave until your building has been cleared.

CMPD confirmed Terrell had been studying with a history major at the university but dropped out earlier this semester.

The suspect appeared to smile and shout something towards the news media, which was filming him while he was being escorted to police headquarters, NBC Charlotte reported.

According to the broadcaster, sources revealed the shooting happened in a classroom while students were in the middle of giving a presentation.

Terrell’s Texan grandfather, Paul Rold from Arlington, confirmed the suspect and his father moved to Charlotte from the Dallas area about two years ago when his mother died.

Terrell taught himself French and Portuguese with the help of a language-learning program Rold bought him and had been attending UNC. The grandfather said Terrell showed no interest in guns or other weapons and any suggestion he participated in a mass shooting stunned him.

“You’re describing someone foreign to me,” he said in a telephone interview with the Associated Press. “This is not in his DNA.”

Police said the scene was secure, and officers were inspecting the buildings room by room to inform people who were hiding that it was safe to come out. They said there is no reason to believe anyone else was involved in the shooting.

⚠Scene secure. One in custody. No reason to believe anyone else involved.

CMPD and UNCC going room by room on campus to identify any students, faculty or others who may be sheltering in place.⚠

The university has more than 26,500 students and employs 3,000 staff. The campus is northeast of the city center and surrounded by residential areas. A family reunification center was set up by police and the university at Harris Teeter, 8600 University City Boulevard.

Posted by City of Charlotte Government on Tuesday, April 30, 2019

⚠ALERT: UNC Charlotte Students and families, please head to 8600 University City Boulevard. We are sending all students there to be reunified with their families.⚠

“It breaks my heart. We’re torn up about what’s happened,” she said. “Students should be able to learn in peace and in safety and professors ought to be able to do their jobs in safety.”

Gov. Roy Cooper (D) said he believes there needs to be a “hard look” into how the shooting happened.

“A student should not have to fear for his or her life when they are on our campuses,” he said. “Parents should not have to worry about their students when they send them off to school, and I know that this violence has to stop … in the coming days we will take a hard look at all of this to see what we need to do going forward.”