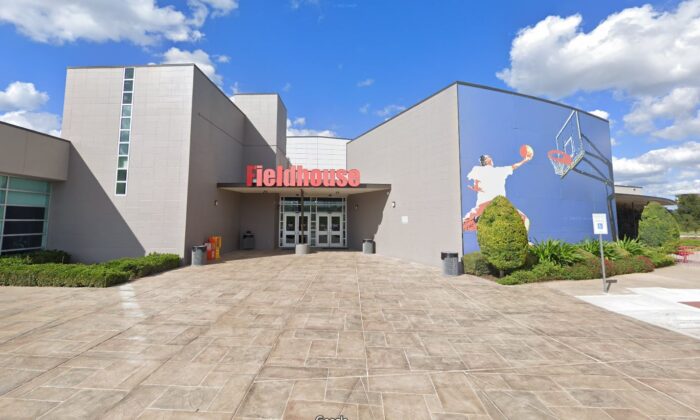 The Duncanville Fieldhouse in Duncanville, Texas, in October 2018. (Google Maps/Screenshot via The Epoch Times)
Texas

A suspected gunman is dead after police confronted him on Monday morning at an indoor sports complex hosting a summer camp in Duncanville, Texas.

Officers from Duncanville Police Department acted swiftly and were onsite at 8:45 a.m. on Monday after receiving phone calls at 8:43 a.m. about an alleged armed individual and shots fired at Fieldhouse, an indoor sports center.

“Officers quickly located and exchanged gunfire with a suspect armed with a handgun. The suspect was wounded during the exchange,” a Duncanville PD statement read.

Local media reported that police held a press conference on Monday afternoon where they gave more details about what happened.

According to police, the suspect, who has not yet been identified, entered the building through the main lobby where he was confronted by a staff member.

The suspect then tried to enter a classroom but the door was locked. The suspect fired one shot into the classroom, which had children inside. No children were harmed.

Police arrived on scene within two minutes of receiving the first emergency call and quickly confronted the suspect. They exchanged fire.

The suspect was shot and later transported to a nearby hospital and pronounced dead.

B.O.S.S. Summer Camp 2022 was open to children aged 4 to 14 and was in its second week at Fieldhouse. The popular summer camp has been organized by coach William Pearson at Fieldhouse for years, with an average attendance of over 250 campers and staff.

“Camp and Fieldhouse staff followed lockdown procedures. Due to the clear-headed actions of staff and the quick response time of law enforcement, there were no additional injuries,” police said.

The suspect’s presence would have alerted camp and Fieldhouse staff, given the camp website states that “parents/visitors are not allowed to circulate [through] the building and will be limited to the front desk area.”

The popular camp has been regularly organized for years at Fieldhouse, under different names, by coach William Pearson.

Fieldhouse put out a notice on Facebook that no children were harmed. Duncanville ISD transported the campers by school bus to Duncanville Recreation Center, which was established as a reunification center.

The Texas Department of Public Safety will take over the investigation “as is standard protocol with any officer-involved shooting,” the Duncanville PD said.

The city commended the police officers, who had recently completed active shooter training, for their actions.

The Duncanville incident comes weeks after a mass shooting at Robb Elementary School in Uvalde, Texas, that killed 19 fourth-graders and two teachers.