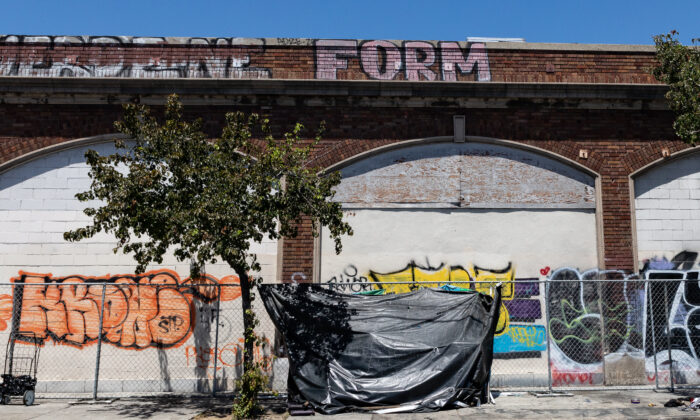 LOS ANGELES—A man was arrested for allegedly fatally stabbing another man who intervened in a dispute between the suspect and his girlfriend today at a homeless encampment outside the West Los Angeles Veterans Affairs facilities.

The attack was reported at about 6:40 a.m. at 11301 Wilshire Blvd., according to the Los Angeles County Sheriff’s Department.

Paramedics took the victim to a hospital with a stab wound to the upper body, where he died. The Los Angeles Times reported he was a homeless veteran, but further information on his identity was not immediately available.

A preliminary investigation revealed that the suspect was involved in a dispute with his girlfriend when the victim intervened and was stabbed, sheriff’s officials said.

The girlfriend was not injured in the dispute.

The suspect was detained at the scene by authorities and later taken to a hospital for medical clearance so he could be booked into jail, according to the sheriff’s department. No weapon was retrieved from the scene. His name was not released.

The homicide is the second at the encampment since April. A 51-year-old transient was struck and killed by a vehicle on April 4. Pedro Saade-Flores—also known as Pedro Flores—who was homeless at the time of the homicide, was charged with murder.

Los Angeles County Supervisor Sheila Kuehl, whose district includes the unincorporated area where Wednesday’s fatal stabbing occurred, said her office, the Department of Veterans Affairs, the Los Angeles Homeless Services Authority, sheriff’s Homeless Outreach Services Team and service providers “have been working diligently to engage and move the 30-40 individuals, many of whom are veterans” living in the encampment “into interim and permanent housing.”

“We will be intensifying outreach efforts with the goal of moving every encampment resident into interim and permanent housing over the next two-to-three months,” Kuehl said. “Almost all current residents of this encampment are already connected to a VA housing resource, including vouchers, and many are actively looking for an apartment.

“But it’s clear we must accelerate the pace at which people are moved off the street. Further loss of life in this encampment is simply unacceptable.”