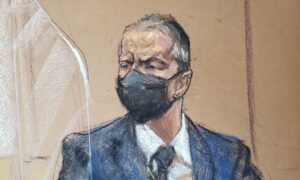 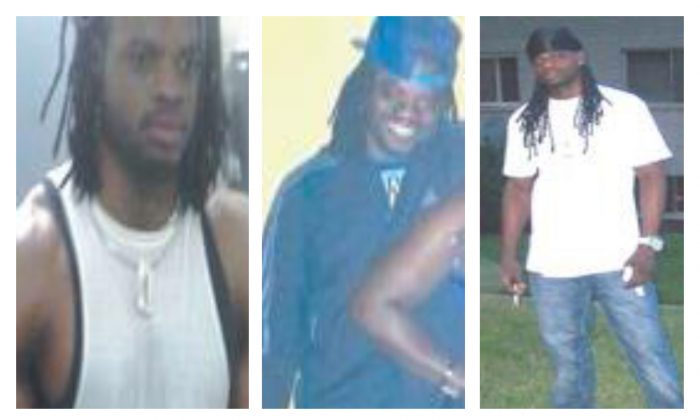 WASHINGTON—Savvas Savopoulos was energized. He spent the day sprucing up his northern Virginia martial arts studio for its grand opening with his family’s longtime housekeeper. Around 5:30 p.m., his wife called, telling him to come home to watch their 10-year-old son because she had plans.

The housekeeper, Nelitza Gutierrez, was one of the last people to see Savopoulos alive.

The next day, May 14, firefighters were called to the wealthy executive’s Washington mansion, where they found the bodies of 46-year-old Savopoulos, his wife, Amy, 47; their son, Philip; and another housekeeper, Veralicia Figueroa. All were slain before the fire was set, police said, and three had been stabbed or bludgeoned.

Now a week later, investigators have provided few details. Late Wednesday, they announced they had identified a suspect in the killings, 34-year-old Daron Dylon Wint, but released no information about what his motive might have been, or whether he knew the family.

An arrest warrant has been issued for Wint on charges of first-degree murder, the Metropolitan Police Department said in a news release.

Investigators used DNA analysis conducted at a Bureau of Alcohol, Tobacco and Firearms lab to identify Wint, and his name has been known to federal authorities since Tuesday, a law enforcement official involved in the investigation said.

Investigators believe Wint worked for one of Savopoulos’ businesses, said the official, who spoke on condition of anonymity because the official was not authorized to discuss the investigation publicly.

Following the release of his name, police searched an address for Wint in Lanham, Maryland. Online court records show that Wint was convicted of second-degree assault in Maryland in 2009 and sentenced to 30 days in jail.

He also pleaded guilty in 2010 to malicious destruction of property, and a burglary charge in that case was dropped, court records show.

Text messages and voicemails from the Savopouloses to their confused and frightened household staff suggest something was amiss in the house many hours before the bodies were found. Their blue Porsche turned up in suburban Maryland. It too had been set on fire.

The Savopouloses lived in Woodley Park, where multimillion-dollar homes are protected by fences and elaborate security systems and local and federal law enforcement officers are a constant presence, in part because Vice President Joe Biden’s official residence is nearby.

On Tuesday, half of their block was cordoned off by police tape, and a half-dozen police vehicles were parked near the $4.5 million house. Garbage bags blocked the burned-out second-story windows.

In the absence of solid information from law enforcement, speculation has run rampant about who might have killed them and why. No one broke into the house, police have said, suggesting the family may have known the killer or killers.

Then again, Gutierrez said in an interview Wednesday that the Savopouloses were not hyper-vigilant about security and sometimes left doors to the house or garage open. The family had expensive jewelry and a valuable art collection inside the home, she said.

Gutierrez said she believes someone was inside the house with the family before 3 p.m. last Wednesday, when Figueroa normally would have left for the day.

There was a stark contrast, Gutierrez said, between Savvas Savopoulos’ mood when he left the martial arts studio and the flustered-sounding voicemail he left for her at 9:30 that night. While he had said earlier that his wife was going out that night, he said in the voicemail that she was sick in bed.

He said Figueroa was staying overnight. He also said Figueroa’s cellphone was dead and the family didn’t have a charger for it.

“It doesn’t make any sense. How come you don’t have another phone — iPhones are all over,” Gutierrez said. “He was kind of building stories.”

On the day of the fire, Gutierrez received a text message from Amy that read, in part, “I am making sure you do not come today.”

Gutierrez called Amy immediately, but it went to voicemail. She texted Amy but didn’t get a response.

Also that morning, Figueroa’s husband, Bernardo Alfaro, went to the house and knocked on the door, but no one answered. While he was there, Alfaro told WJLA-TV that Savvas Savopoulos called his cellphone and told him that Amy had gone to the hospital and Figueroa had accompanied her.

“My feeling was that somebody was inside,” Alfaro said. He continued trying to call his wife and got no answer.

The Savopouloses’ blue Porsche was parked on the street outside the home at the time, Alfaro said. After the slayings, police found the Porsche in a parking lot in New Carrollton, Maryland, about 13 miles from the house. The car was found about 2 miles from the listed address for Wint.

Police have released grainy surveillance videos of a person they said they want to interview about the killings, but they have not identified the person or said where the footage was taken. It was not clear whether the person in the video was Wint.

The Savopouloses’ relatives have made few public statements and have not returned phone calls.

The couple has two surviving teenage daughters who attend boarding schools in other states. Gutierrez said she has seen the daughters since the killings and that they were too distraught to speak.

Savvas Savopoulos was the CEO of American Iron Works, a construction-materials supplier based in Hyattsville, Maryland, that has been involved in major projects in downtown Washington. Company representatives have repeatedly declined to comment. Savopoulos moonlighted as a martial-arts instructor.

Gutierrez, who worked for the family for 20 years, said she feels guilty that she didn’t check on the Savopouloses.

“This is a nightmare for me. I can’t believe they are gone,” she said. “I loved this family very deeply and the little boy and my friend Vera.”

Michael Lerman, 83, an inventor and retired pilot who lives nearby, said he and his wife started turning on their security system when they go to bed at night. Previously, they had only activated it when they left the house.

“This is an area that could be a target for a lot of opportunistic people,” he said. “This is a super-affluent enclave.”