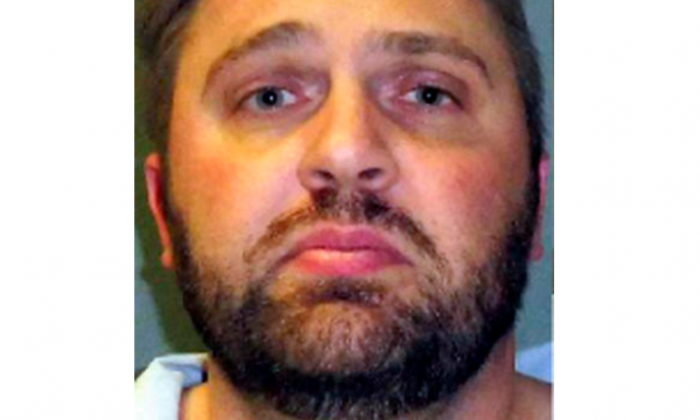 This Thursday, Dec. 22, 2016, released by the Garfield County, Colo., Sheriff’s Office shows Craig Vandewege who was arrested in Colorado on capital murder charges for the slayings last week of his wife and their 3-month-old son at their Texas home. Fort Worth authorities say the 35-year-old Vandewege was pulled over for a traffic stop in Glenwood Springs, Colo., after police received a call Wednesday night, Dec. 21, that a man at a convenience store was talking about a murder. (Garfield County, Colo., Sheriff’s Office via AP)
US

Suspect in Throat-Slashing of Wife, Son Extradited to Texas

A man suspected of slashing the throats of his wife and 3-month-old son has been extradited to Texas and is being held on a capital murder charge.

Thirty-five-year-old Craig Vandewege was booked Tuesday into the Tarrant County jail in Fort Worth, Texas.

He was arrested in Colorado after he told police during a traffic stop that he was having a “long week” because his wife and child had been murdered and he was being blamed.

He told officers that his family had moved from the Denver area in 2016 and that he had returned to bury them.

Police have said Vandewege called 911 on Dec. 15 and said he returned from work to his Fort Worth home and found his wife, Shanna Riddle Vandewege, and their son Diederik dead.