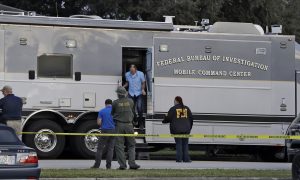 Florida Is About to Ban Sanctuary Cities; at Least 11 Other States Have Too
0
Share Now
TelegramFacebookTweetEmailTellMeWeReddit
Copy Link 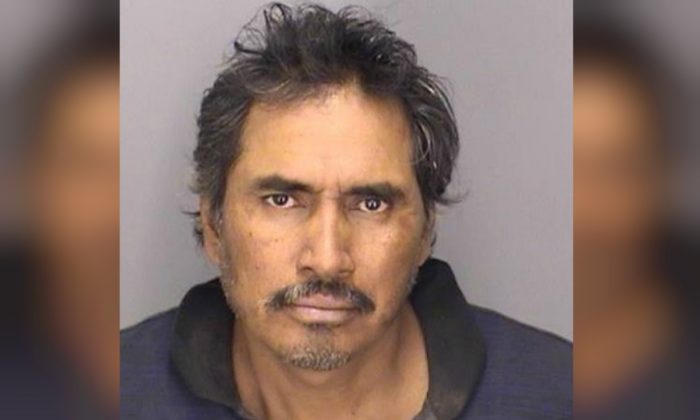 After a month on the run in California, a man convicted of domestic violence is in now custody, facing 11 felony charges including attempted murder, after he ambushed officers who were following up on reports he had shot up a house and threatened to kill his wife’s family members.

Guadalupe Lopez-Herrera opened fire on Merced County deputies on Sept. 4, wounding one, and sparking a manhunt that ended the following day when the California Highway Patrol spiked the tires of his carjacked vehicle following a 120 mph chase.

But, according to Merced County Sheriff Vern Warnke, all of this would have been avoided if it weren’t for California state laws which prevented his officers from cooperating with federal immigration authorities when Lopez-Herrera—who is in the country illegally—was in custody in January for domestic violence charges.

Lopez-Herrera had been involved in several domestic violence cases, Warnke told reporters, and had been on the run “for a length of time” with a warrant out for his arrest.

The sheriff’s office received information that Lopez-Herrera was doing manual labor at a house. As two deputies approached on Sept. 4, Lopez-Herrera started firing rounds through the fence, striking one and hitting another one of the deputies in the leg.

Pinning down the officers in a ditch, Lopez-Herrera was able to get in a truck, crash through a fence, and escape across a field.

At an old air field, he carjacked a pick-up truck and fled.

The trail was picked up the following morning when Lopez-Herrera showed up at a residence being staked out by law enforcement concerned that he would carry through on his threats to murder family members.

A chase followed, ending when CHP officers spiked his tires and, with the help of a K-9 unit, Lopez-Herrera was arrested.

Lopez-Herrera was arrested back in January, according to court documents cited by the Merced Star, after he pushed his wife against a wall, grabbed a knife, and threatened to kill her.

The woman said Lopez-Herrera then threatened to kill himself.

“You can tell the children that you provoked me to kill myself and it was all your fault,” he is quoted as saying in the court record.

Lopez-Herrera was on probation for assault with a deadly weapon at the time.

Warnke did not volunteer information on Lopez-Herrera’s immigration status, but when asked by reporters, he said he was in the country illegally.

He went on to express frustration at the so-called sanctuary laws in California.

“We had him in our custody in January of this year, and because of the folks in Sacramento limiting our ability to cooperate with ICE, we could not turn him over,” Warnke told reporters. “This kind of rings of what happened to Ronil Singh in Newman.”

“Bottom line is our immigration policies need to be revamped because we’re gonna continue to have more of this situation happen… We knew ahead of time this guy’s potential for violence was there,” Warnke said.

The shot officer is expected to make a full recovery and to be back on duty within days.