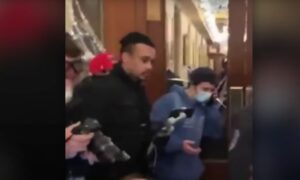 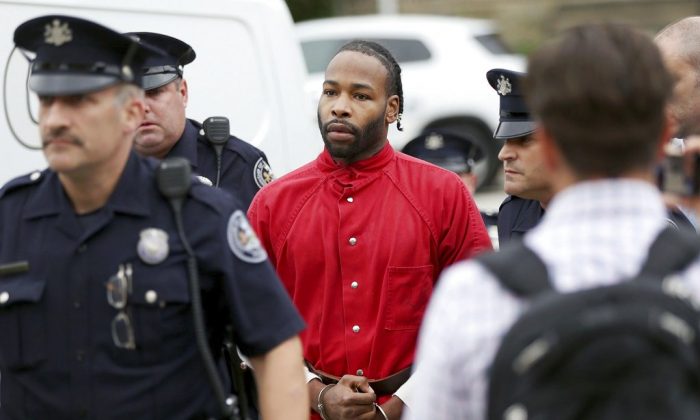 Jonathan Wesley Harris, of Johnstown, Pa. Harris is accused of strangling Christina Carlin-Kraft in one of Philadelphia's affluent suburbs. He arrived for a preliminary hearing on murder charges in Ardmore, Pa., on Oct. 5, 2018. (Montgomery County District Attorney's Office via AP)
Crime and Incidents

Suspect in Model’s Death Told Cop They Fought Over Cocaine

ARDMORE, Pa.—A man accused in the strangulation death of a model said that he went to her apartment in an affluent Philadelphia suburb to sell her cocaine but that she refused to pay, and that a violent fight ensued, according to a statement read in court on Oct. 5.

“I panicked and was scared. I didn’t know what to do,” Jonathan Harris, 30, said in the statement. “I knew I was going to be in trouble.” The statement was read in court by Montgomery County Detective Todd Richard, who interviewed Harris while he was in custody, The Philadelphia Inquirer reported .

Harris is charged with murder, robbery, theft and more in the death of Christina Carlin-Kraft, 36.

According to the warrant filed in Harris’ arrest, the two met in downtown Philadelphia just hours before her death early Aug. 22. There was no evidence they previously knew each other. Carlin-Kraft’s beaten body was found in her bloodstained Ardmore apartment bedroom by police who had been called to check on her.

Harris looked straight ahead and didn’t reply while reporters peppered him with questions as he entered and left court Friday.

According to the statement read in court, Harris said he agreed to accompany Carlin-Kraft to her apartment to sell her an ounce of cocaine for $1,200. After the two drank several bottles of wine and had consensual sex, he said, Carlin-Kraft refused to pay for the drugs and hid them.

He described a violent struggle in which Carlin-Kraft hit him with a glass bottle and he slapped her, repeatedly punched her and tied her up when she tried to flee. He gave her a phone when she asked to call her dad, he said, but he started to choke her when she tried to call 911.

When she stopped screaming he fled, he said, taking some clothing, taking the cocaine and jumping over the balcony. He told police he thought she was alive.

“It really leaves a bad taste in my mouth to watch lawyers give press conference before a trial,” Peruto said in a phone interview. “It shows your hand, and it’s not proper to give evidence before it’s heard in court.”

Friends and family of Carlin-Kraft, whose modeling profile lists photo shoots for Vanity Fair, Victoria’s Secret, Playboy and Maxim, were emotional walking into the hearing Friday.

District Judge Michael Quinn held Harris on all charges and scheduled an arraignment for Nov. 28.