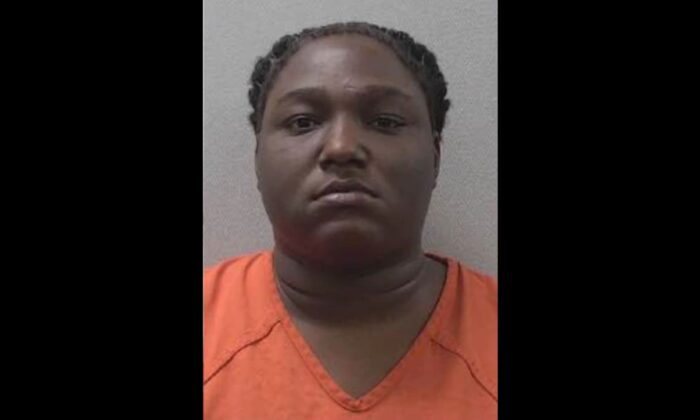 A South Carolina judge set a $25,000 bond for a suspect who is accused in a mall shooting over the past weekend, police said. But the man’s lawyer said that he opened fire at the mall in self-defense.

The judge allowed Jewayne Price, 22, to be on house arrest and said he can travel to and from work while wearing an ankle monitor if he posts bond, said the Columbia Police Department on social media Sunday.

Authorities arrested Price on suspicion of unlawful possession of a pistol after he was questioned, according to the Columbia Police Department in a separate statement. Police have not formally named him as the shooter, the department said, adding that he was barred by the court from contacting victims of the attack.

“A judge also prohibits Price from contacting the injured victims or other persons involved in the isolated shooting incident. All persons charged/arrested are presumed innocent until or unless proven guilty in a court of law,” it wrote.

In the incident, nine people were shot and five were injured, according to officials.

Investigators said that a fight between people who knew each other led to the shooting at the mall, and they noted that “at least three suspects displayed firearms inside the mall,” a statement from the police department to local media said. Preliminary information suggests at least two people opened fire, said officials.

“It was unprovoked by him,” Rutherford said, according to WIS-TV. “He called the police, turned himself in, turned over the firearm that was used in this, and gave a statement to the Columbia Police Department. That is why he got a $25,000 bond.”

Rutherford also said the suspect has cooperated with the police. The firearm was also legally registered to Price, he said, adding that Price, however, did not have a concealed carry permit. Rutherford recently backed a state bill that would reduce penalties for carrying a concealed weapon without a permit.

According to a statement released by the department, Lott expressed concerns about what he described as a “catch and release” system where violent offenders are released back onto the streets after facing lax sentences and punishments.

“We catch people, they serve a little bit of time, they get out and they get right back doing what they normally do … and that’s commit crimes,” he also said at a recent news conference. “The criminal justice system needs to do better.”