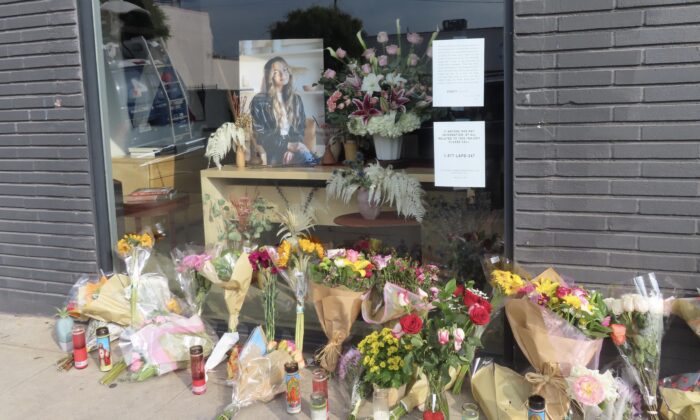 LOS ANGELES—The man suspected of fatally stabbing a 24-year-old UCLA graduate student in the Hancock Park boutique furniture store where she worked was arrested on Jan. 19 in Pasadena.

Shawn Laval Smith, 31, was arrested after Pasadena police received a tip from a caller of a possible sighting, Lt. William Grisafe of the Pasadena Police Department told City News Service.

Smith was arrested without incident and was transferred to the Los Angeles Police Department’s (LAPD) custody, Grisafe said.

The LAPD had identified Smith as a suspect the night of Jan. 18 and released photos.

Smith is suspected in the killing of Brianna Kupfer of Pacific Palisades, who was found dead inside Croft House in the 300 block of North La Brea Avenue at about 1:50 p.m. on Jan. 13.

LAPD Lt. John Radke said on Jan. 18 that Kupfer was alone in the store when she was attacked.

“At 1:36 p.m. in the afternoon, Brianna was working in the store all by herself,” Radke said. “She sent a text to a friend letting her know that there was someone inside the location that was giving her a bad vibe. Regrettably, that person did not see the text immediately.”

Her body was found in the store by a customer about 15 minutes after the text was sent.

“We do believe that the suspect is homeless, and that’s in part because he came on foot, he left on foot,” Radke said. “He’s carrying a backpack, which is consistent with homeless people carrying extra clothing with them and sleeping out on the streets. There’s some additional information that I cannot share with you at this point.”

Police said the attack appeared to be completely random, and the suspect didn’t know the victim. The suspect was seen on video surveillance, walking northbound in the alley to the rear of the crime scene.

Police released a video on Jan. 18 from a 7-Eleven store, showing the alleged stabber casually shopping 30 minutes after he killed Kupfer. He was also shopping at other stores before and after the killing, police said.

The killing set off a massive manhunt, with authorities offering $250,000 in reward money for information leading to Smith’s capture. Private donations amassed $200,000, while Los Angeles City Councilman Paul Koretz asked his council colleagues on Jan. 18 to add $50,000 to the amount.

“We will find this vicious criminal, we will arrest him and we will get him prosecuted to the fullest extent of the law,” Koretz said.

“We must fight for justice for her even though nothing will bring her back. Our mission and my objective is that the perpetrator that took away Brianna from her beloved parents, colleagues, friends, and our community will be permanently locked away, constantly reminded of his horrible, ugly, and senseless murder of an innocent young woman who had endless potential.”

Fox11 reported that Smith has an extensive criminal history dating back more than a decade, with more than a dozen arrests in three states.

According to the station, Smith had nearly a dozen arrests between 2010–2019 in Charleston, South Carolina, including a pending case for allegedly discharging a firearm into an occupied vehicle. His other arrests included allegations of trespassing, disorderly conduct, littering, marijuana possession, and unlawful entry.

Smith was also suspected in a rash of bicycle thefts in Charlotte, North Carolina, according to Fox11. He also allegedly assaulted a police officer in San Mateo, California.

Smith was arrested in Los Angeles County in October of 2020 on an unspecified misdemeanor charge, according to jail records.