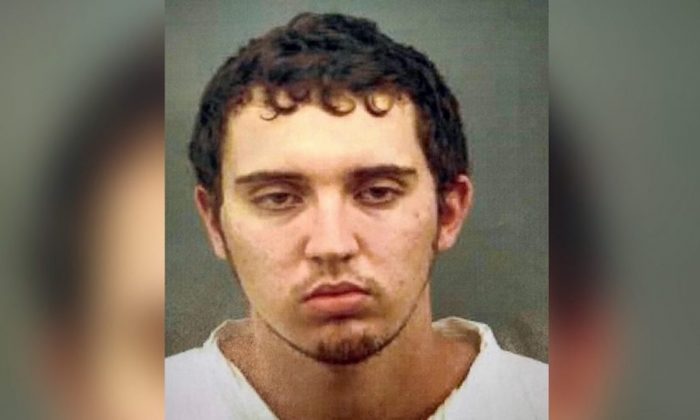 The suspect in the Aug. 3 mass shooting in El Paso that killed 22 people has been placed on suicide watch in jail.

She said the watch was determined by medical staff, but she declined to elaborate citing privacy requirements.

Crusius is held without bond on a capital murder charge and is currently held in the El Paso County Detention Facility after opening fire earlier this month on unsuspecting shoppers in a Walmart in the far western Texas city near the Mexican border.

El Paso police say he has confessed to opening fire on back-to-school shoppers at the El Paso Walmart, targeting Mexican and Latinos.

While in custody, Crusius has been “cold” in his interactions with police, police officials told CNN.

Days after Crusius’ arrest, Police Chief Greg Allen told reporters that the suspect had been cooperative, though he’s shown no remorse and “appears to be in a state of shock and confusion.”

Texas’ governor is bringing Google, Facebook and Twitter to the table in the wake of the mass shooting in El Paso.

Republican Gov. Greg Abbott announced Monday that the tech giants will join the FBI and state lawmakers for discussions this week on combatting “hateful ideologies,” domestic terrorism and cybersecurity threats.

Abbott spokesman John Wittman says the companies were invited to offer insights. Abbott called for cracking down on internet sites used by violent extremists after the Aug. 3 shooting.

Just a few hours after the El Paso shooting, another shooting at Dayton, Ohio took place. This time by a suspect whose views were from the opposite side of the political spectrum.

Suspect Connor Betts was a registered Democrat who posted pro-socialist content on social media along with repeated indications that he favored gun control, violence against “fascists,” white supremacists, and Satanism.

Betts described himself as a “leftist” on his Twitter profile and used hashtags on one selfie that included “selfie4satan” and “HailSatan.”

Betts shared videos from Some More News that were anti-Republican, including one from host Cody Johnston that claimed, “the president wants to shoot migrants at the border.”

Betts also repeatedly indicated his support for gun control, writing in one missive, “This is America: Guns on every corner, guns in every house, no freedom but that to kill.” In another comment, he said he loved guns.

Betts said he supported Sen. Elizabeth Warren (D-Mass.) and indicated support for Ocasio-Cortez, sharing an article about House Majority Leader Nancy Pelosi (D-Calif.) not supporting AOC and her cohorts and telling his followers to read it.