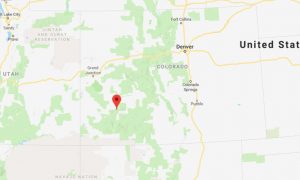 Police have identified 21-year-old Ahmad Al Aliwi Alissa as the suspect in the Boulder, Colorado, shooting that left at least 10 people dead, including a police officer, on Monday.

Boulder Police Chief Maris Harold on Tuesday identified the alleged shooter and the 10 victims, who range in age from 20 to 65.

“I want to say to the community, I am so sorry this incident happened,” Harold said, adding, “We are going to do everything in our power to make sure this suspect has a thorough trial and we do a thorough investigation.”

Officials said that Alissa, 21, was shot during an exchange with officers at the King Soopers on Monday afternoon, leaving the suspect injured.

“The man who gunned them down will be held fully responsible. We don’t have the answer for that yet,” said Boulder District Attorney Michael Dougherty during the news conference.

When asked about the weapon the suspect allegedly used, officials refused to comment.

Alissa, whose last name is also spelled as Alyssa or Al-Issa, is slated to be charged with 10 counts of first-degree murder, officials said, adding that he’ll be transferred to the Boulder County jail to await court proceedings.

Ali Aliwi Alissa, the suspect’s 34-year-old brother, told The Daily Beast that his brother was mentally ill, disturbed, and paranoid.

The suspect is “very anti-social” and paranoid, his brother told the news outlet, noting that he would often remark that he was “being chased, someone is behind him, someone is looking for him.”

“When he was having lunch with my sister in a restaurant, he said, ‘People are in the parking lot, they are looking for me.’ She went out, and there was no one. We didn’t know what was going on in his head,” Alissa said.

The Epoch Times attempted to contact Alissa but he has not returned a voicemail.

Authorities have not identified a motive in the slayings. Photos appeared to show the suspect with a leg injury, shirtless, and with an unkempt beard.

“I can tell you the community is safe and we will continue to share updates as we conduct our investigation and draw conclusions as a result of that investigation,” FBI special agent Michael Schneider said in the conference.

Meanwhile, Democratic lawmakers used the tragedy to call for the passage of gun control legislation.

Rep. Joe Neguse (D-Colo.), whose district includes Boulder, said Tuesday on “CBS This Morning” that “enough is enough” when it comes to political impasses that keep gun control laws from passing Congress.

House Speaker Nancy Pelosi (D-Calif.) said that “action is needed now to prevent this scourge from continuing to ravage our communities,” citing House passage of two background checks bills. Those bills are now pending before the Senate.

The National Rifle Association, meanwhile, tweeted the Constitution’s Second Amendment on Monday: “A well-regulated militia, being necessary to the security of a free state, the right of the people to keep and bear arms, shall not be infringed.”