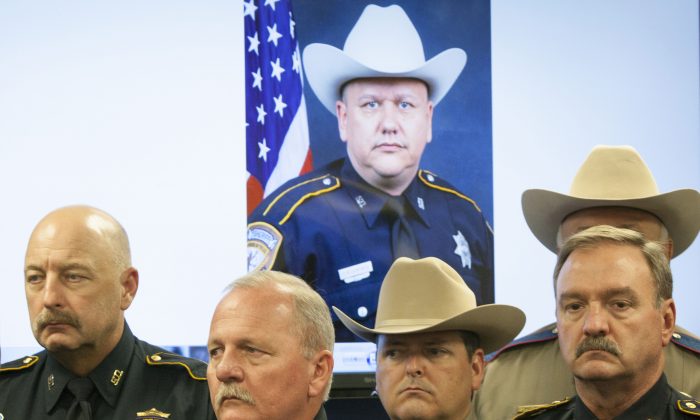 Suspect in Ambush of Houston-Area Deputy Held Without Bond

HOUSTON— A man charged with killing a suburban Houston officer first shot the 10-year veteran in the back of the head and fired a total of 15 times, authorities said Monday.

Shannon J. Miles, who is accused of capital murder and whose criminal record includes convictions for resisting arrest and disorderly conduct with a firearm, appeared briefly in state District Court in handcuffs and shackles. The 30-year-old Houston resident said little, other than to answer the judge’s questions. He’s being held without bond.

Harris County District Attorney Devon Anderson would not comment on a motive, saying investigators were still trying to figure that out. When asked if it might be connected to heightened tensions around the country between law enforcement and civilians, Anderson said, “I have no idea whether it does or not.”

This weekend, Sheriff Ron Hickman said the attack was “clearly unprovoked,” and there is no evidence Goforth knew Miles. “Our assumption is that he (Goforth) was a target because he wore a uniform,” the sheriff said.

Anthony Osso, one of Miles’ two court-appointed attorneys, told The