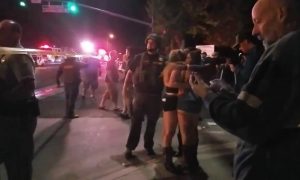 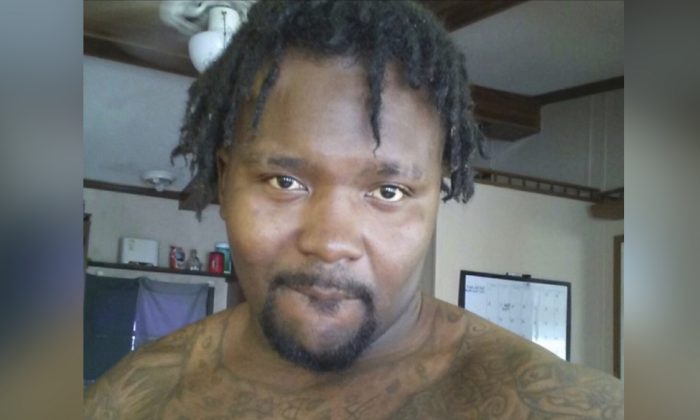 ROCKMART, Ga.—Authorities in Georgia are on the lookout for a gunman they say killed four people and wounded a man in a pair of shootings.

The Georgia Bureau of Investigation tweeted early Friday that 27-year-old Daylon Delon Gamble is armed and dangerous and wanted on four charges of murder for the shootings Thursday night in Rockmart, about 45 miles northwest of Atlanta.

Please share this more recent picture of Rockmart Murder Suspect, Daylon Delon Gamble. Anyone with information about his whereabouts should contact the Rockmart Police Department at 770.684.6558 or ☎️ 911. #RockmartShooting https://t.co/ulnNMvaPmf pic.twitter.com/nOkYHCDOJy

The GBI says 24-year-old Peerless Brown was injured at the home where Mitchell and Davis were killed. He was flown to an Atlanta hospital. His condition was unknown.

Only 1 shooting victim survived the deadly massacre in Polk County last night – 24 y/o Peerless Brown. He was airlifted to Atlanta Medical Center after police say Daylon Gamble shot him. 4 of his relatives were shot & killed. Story in 8 min on Ch2 pic.twitter.com/TkevZdceU8

State police say Gamble fled in a stolen truck that has since been recovered.

Gunman Kills 3 Men in Separate Shootings, Then Kills Himself

A gunman opened fire at a hotel bar near Penn State’s main campus, killing two men and wounding a woman, broke into a stranger’s house and fatally shot the 83-year-old homeowner, and then killed himself, authorities said.

State College Police Chief John Gardner said Friday afternoon they are still trying to determine why Jordan Witmer, 21, of Bellefonte, opened fire inside the bar, shooting two men he apparently didn’t know, and Nicole Abrino, with whom he had an unspecified connection.

Dean Beachy, 62, of Millersburg, Ohio, died at the scene, and Beachy’s 19-year-old son Steven Beachy died at a hospital Friday afternoon. Abrino was shot in the chest and remains at a Pittsburgh hospital. Gardner said he didn’t know her condition.

#UPDATE Victims in the deadly State College shooting have been identified.

Police say: 62-year-old Dean Beachy was shot in killed at P.J. Harrigan’s. And 83-year-old George McCormick was shot and killed at his residence. The 21-year-old shooter, Jordan Witmer took his own life. pic.twitter.com/gO5oxkhquz

Witmer then fled the bar, crashed his vehicle and broke into a home by shooting out a sliding glass door, Gardner said. Inside, he fatally shot homeowner George McCormick, 83, before turning the gun on himself. McCormick’s distraught 80-year-old wife barricaded herself in a room and called 911.

There was no relationship between Witmer and McCormick, and officials believe he chose the home at random, Gardner said.

There was never any threat to Penn State or its students, he said.

The safety of our students is a top priority at Penn State. Our thoughts are with those in the State College community impacted by this tragedy. @StateCollegePD responded to the shooting in the borough last night as it was not on Penn State’s campus.

They are still gathering information about the shooter, whom he described as being in the military.

Family members told WNEP-TV that Dean Beachy was an auctioneer and that he and his son were in State College for a horse auction.