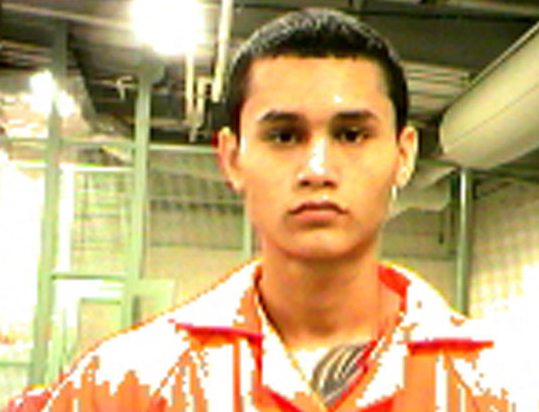 This image provided by Orleans Parish Sheriff's Office, shows Trung Le. A jury in New Orleans late Friday, Jan. 15 ,2016 returned a guilty verdict in the trial of Le, the only suspect arrested in a 2014 gunfight on Bourbon Street that left a bystander dead and nine other people wounded. Le was found guilty of manslaughter in the death of 21-year-old Brittany Thomas, who was visiting New Orleans from Hammond, Louisiana. He also was found guilty of attempted manslaughter for firing at a still-unknown second shooter. (Orleans Parish Sheriff's Office via AP)
Crime and Incidents

NEW ORLEANS—A jury in New Orleans late Friday returned a guilty verdict in the trial of the only suspect arrested in a 2014 gunfight on Bourbon Street that left a bystander dead and nine other people wounded.

The defense argued that Le fired in self-defense.

The gunfire erupted early on the morning of June 29, 2014 as tourists strolled the famous street of nightspots. The outbreak of violence stunned the tourism-dependent city, renewed attention to manpower shortages at the city police department and led state police to help beef up the city’s patrols in the French Quarter.

Prosecutors wrapped up their case Friday morning after three days of testimony and evidence including surveillance video of the shooting and its aftermath taken from various angles. The videos were of varying quality and the defense and prosecutors differed on when the second shooter produced a gun and which shooter was the aggressor.

Emotional testimony came from Thomas’s family members and from victims such as Amy Matthews, an Australian tourist hit in the face, and Nicholas Williams of Grenada, Mississippi, who pulled up his pant leg during testimony to show jurors where a screw protrudes from a leg surgically repaired following the shooting.

Before a midday meal break and the closing statements, jurors were allowed to again review videos of the shooting. They also got closer looks at other evidence, including an enlarged portrait of Thomas — and the posthumously awarded honorary diploma she received from Camelot College in Baton Rouge, where she was studying to be a nurse’s assistant.

“This case is not based on emotion,” defense attorney Martin Regan, who did not call any witnesses, cautioned jurors in his closing statement. Regan rested his case immediately after the prosecution attorneys rested theirs.

He spent a lengthy closing statement insisting that Le fired in self-defense. He pointed to a hand-drawn diagram of bullet trajectories at the corner of Bourbon and Orleans. He noted evidence that Le fired only four shots to the unknown gunman’s 11. And he pointed out that the bullet that killed Thomas is believed to have come from the mystery shooter’s gun. He repeatedly re-ran video that he said showed the second shooter had a gun in his outstretched hand when the shooting broke out, a contention prosecutors and a police investigator disputed.

“Even if it wasn’t a gun and my client believed it was a gun, you have a right to shoot in self-defense,” Regan said.

Prosecutors told jurors that a group of Le’s friends had been robbed of some marijuana more than an hour before the shooting. Those people later contacted Le, who showed up to Bourbon Street armed and later confronted the robber as he walked by them on Bourbon Street. Regan said the prosecution failed to prove that the second shooter was involved in an earlier marijuana robbery, or that anyone had summoned Le to avenge the theft.

“What witness said that he was called down there to be an enforcer?” Regan said.

Regan said the second shooter accosted the group and threatened them, leading to the shootings.