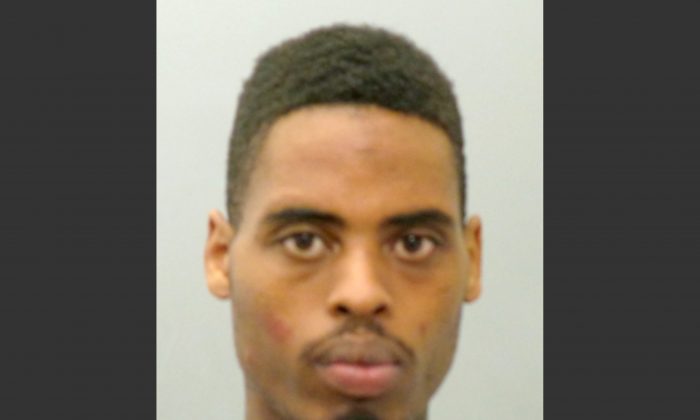 CLAYTON, Mo. — A man accused of shooting two St. Louis-area police officers in March during a protest in Ferguson pleaded not guilty Wednesday to seven charges.

Jeffrey L. Williams, 20, was arraigned on two counts of first-degree assault, three counts of armed criminal action and two weapons charges. No new court date was immediately set during the brief hearing, which Williams attended but did not speak.

Prosecutors say Williams shot and injured a St. Louis County officer and an officer from suburban Webster Groves on March 12 during an early-morning rally after the Ferguson police chief, Tom Jackson, resigned. Both officers survived.

Prosecutors say Williams told investigators he fired a gun but was aiming at someone else. But Williams’ attorney, Jerryl Christmas, again asserted Wednesday that his client was not the shooter.

“I think it’s impossible for him to be driving up a hill as alleged, and shooting back at the same time,” Christmas said. He also noted that Williams is left-handed, and the driver’s side window of his car didn’t roll down. Beyond that, “He’s no marksman or anything,” Christmas said.

Williams was indicted by a grand jury in May and is jailed on $300,000 cash bond. Christmas said Williams was kept in solitary confinement — for his own protection, Christmas was told — until a couple of weeks ago, when he was moved into the general population.

Ferguson has been the site of frequent protests since Aug. 9, when white Ferguson officer Darren Wilson fatally shot 18-year-old Michael Brown, who was black and unarmed. The shooting led to a national “Black Lives Matter” movement.

Protests escalated again in March after the release of two U.S. Department of Justice reports, one of which cleared Wilson of criminal wrongdoing, echoing a decision in November by a St. Louis County grand jury. The other found significant problems in the Ferguson police department, including racial profiling and a profit-driven municipal court system.

Jackson, Ferguson’s city manager and the municipal court judge all resigned within days of the report.

Both officers were monitoring a protest on the verge of breaking up outside the police station when shots rang out suddenly. The Webster Groves officer was shot in the face; authorities have said he is expected to make a full recovery, but he has not yet returned to work. The St. Louis County officer was shot in the shoulder and is back on duty, though he isn’t expected to resume full duties until August.

Audio of jail telephone calls from the St. Louis County Justice Center obtained by The Associated Press included one call in which Williams said he was having trouble with a group of people, prompting an exchange of gunfire. It wasn’t clear to whom he was speaking.

“Nobody aiming at no police,” Williams says. “I ran up the hill and he (an unidentified person) shot at the car. … I shot back,” Williams said.

In another conversation, Williams expressed concern about a possible lengthy prison sentence, though it isn’t clear how long that might be if he’s convicted.

“Even though I was in the wrong, though, I should have just went the other way,” he said. “Oh man, now I’m looking at 10 years.”