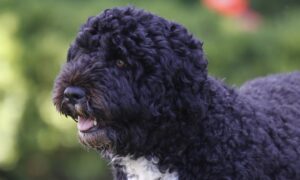 The suspect who stole a police cruiser in Providence, Rhode Island, and led the police on a wild chase was killed in a shootout near a mall, WPRI reported.

Authorities said another person was taken to a local hospital with serious injuries. A vehicle from the Medical Examiner’s Office was at the scene.

The suspect stole the police cruiser during a traffic stop on Route 146 at around 9 a.m.

A suspect is dead after shots were fired on the highway near Providence Place Mall following a police chase in Rhode Island. https://t.co/Z0skbIqBGA pic.twitter.com/XqH3wD6TJR

A gun, which was in the police cruiser when the car was stolen was still in there when police found the abandoned vehicle. Police used a GPS tracker in the cruiser to locate it.

Shots were fired near Providence Place Mall and police advised people to stay away from the area and the I-95 highway nearby.

WPRI spoke to a security guard at a nearby convention center who heard several shots fired.

Police know the identity of the dead suspect but have not yet release it.

Four schools were on lockdown as police hunted the suspect.

Police officers walked with rifles out and dogs on leashes in the area where the police cruiser was found.

WHAT WE KNOW: One person dead. Police focused on white pickup truck riddled with bullet holes on Rte 95 ramp near Providence Place mall. According to law enforcement, may be related to the theft of RI State Police cruiser earlier Thursday https://t.co/hvz0DnfX3r pic.twitter.com/TLQIoyIyRY

Police swarmed near a white pickup truck on a ramp to I-95. At least a dozen bullet holes can be seen on the driver’s side of the car.

Authorities closed I-95 as they investigated the scene.

Some cars responding in that providence chase pic.twitter.com/dsFPXDcmW3