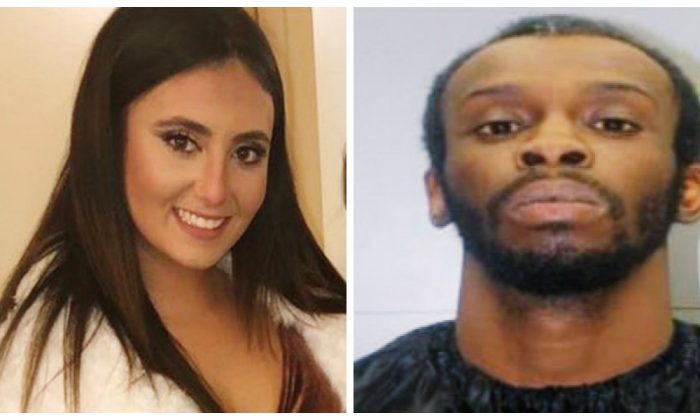 COLUMBIA, S.C.—Police arrested a man Saturday, March 30, in connection with the death of a college student who apparently got into the suspect’s car thinking it was her Uber ride.

Nathaniel David Rowland, 24, was arrested early Saturday after a police officer noticed him driving a black Chevy Impala, the same type of car that Samantha Josephson got into as she left a bar shortly after 2 a.m. Friday in the city of Columbia’s 5 Points area, Columbia Police Chief Skip Holbrook said at a news conference.

Rowland tried to run, but the officer was able to catch up to him, Holbrook said. When they returned to the car, he said, the officer saw what appeared to be blood in the car.

“We believe … that she simply mistakenly got into this particular car thinking it was an Uber ride,” Holbrook said of Josephson, noting that surveillance video captured her getting into the car. “She opened the door and got into it and departed with the suspect driving.”

Rowland will be charged with murder and kidnapping, Rowland said. It was unclear if he had an attorney.

‘Samantha Is No Longer With Us:’ Father

“It is with the heaviest of hearts that I write these words this morning,” USC president Harris Pastides said in a statement addressing the Carolina family. “Our prayers are with the family and friends of Samantha Josephson following the devastating news of her death. Times like these leave me searching for words of wisdom and comfort. However, I take solace that the Carolina Family is here to embrace those who are hurting.”

“Samantha is no longer with us but she will not be forgotten,” he wrote.

“It is extremely hard to write this and post it but I love her with all my heart. I could continue to write about her but it kills me. I sit here and cry while looking at the picture and write this,” read the post.

It is with tremendous sadness and of a broken heart that I post this! I will miss and love my baby girl for the rest…

According to the Columbia Police Department (CPD), Samantha was last seen by friends at 715 Harden Street between 1:30 a.m. and 2:00 a.m. in the morning of March 29.

#CPDSCInvestigates | Missing Person Alert: 21-year-old Samantha Josephson was last seen by friends at 715 Harden St. b/w 1:30 & 2:00 this morning. Loved ones have not been able to make contact with her since. They’re worried about her well-being & safety. pic.twitter.com/PITpUh1eUh

CPD also posted a picture of Samantha when she was last seen on Harden Street talking on the phone.

Cont’d: Here’s another picture of Josephson when she was last seen on Harden Street talking on the phone. Pay close attention to what she was wearing early this a.m. Call @MidlandsCrime at 1-888-CRIME-SC w/your helpful tips regarding her whereabouts. pic.twitter.com/PZSokgwFYN

Special Victims Unit investigators from CPD believe that Samantha was seen getting into a dark-colored, newer model Chevy Impala along Harden Street shortly after 2:00 a.m. on the day she was reported missing.

Cont’d: Special Victims Unit investigators believe that shortly after 2:00 a.m., Josephson was seen getting into this newer model Chevy Impala along Harden Street. Family & friends have been trying to locate her ever since. Again, call @MidlandsCrime 1-888-CRIME-SC w/your tips. pic.twitter.com/3211Wjx6PK

“As you make plans for the weekend, remember the tenets of Stand Up Carolina: look out for one another, be active bystanders. Travel in groups and stay together. If you have not already done so, download the RAVE Guardian safety app, set up your profile and learn how to use it,” he said.

The Associated Press and The Epoch Times Reporter Allen Zhong contributed to this report.